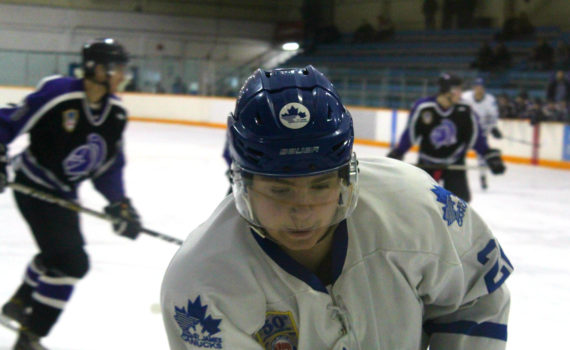 As February wrapped up, the Canucks continued to push for better positioning in the Manitoba Major Junior Hockey League standings. That started with a game on Friday, Feb. 21 at the Seven Oaks SportsPlex against the Raiders Junior Hockey Club. Despite carrying play and out-shooting the Raiders 36-17, the Canucks […] 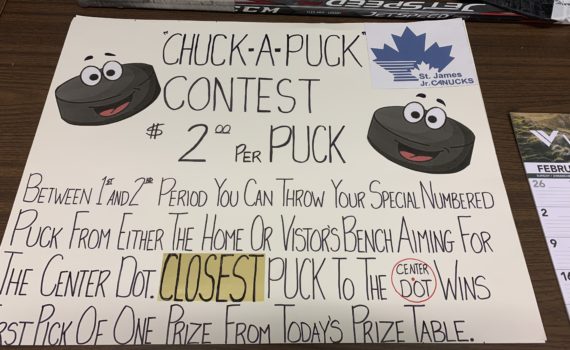 The St. James Jr. Canucks are pleased to announce that we are once again bringing back St. James Minor Hockey Night and the Chuck-a-Puck contest! Any minor hockey league players who wear their jerseys to the game will get in for free when we host the Transcona Railer Express on […] 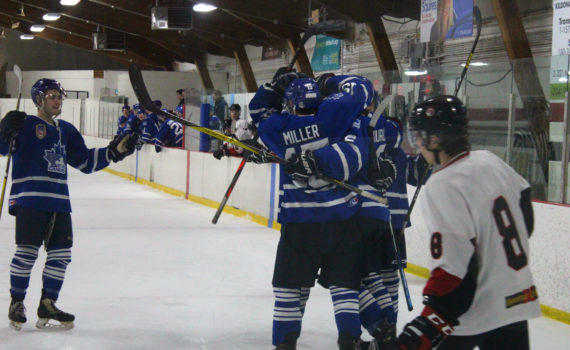 The Canucks continued their playoff push into the second month of 2020, looking to pick up some big wins and solidify their playoff position. First they had to wrap up the first month of the new year on a high note when they hosted the Charleswood Hawks on Jan. 31, […]

The Canucks came into 2020 with a lot of optimism, sitting third place in the Manitoba Major Junior Hockey League standings. They started the new year at the St. James Civic Centre with a 4-1 win over the St. Boniface Riels. Zach Greenwood, Chris Sass, Brady Whitely and Kieran Ursel […] 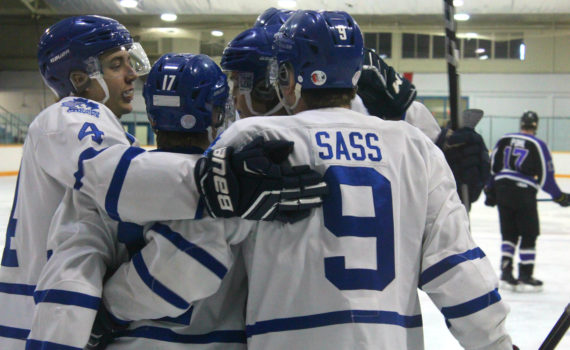 The Canucks looked to finish the last month of 2019 on a high note, as they entered the final stretch of the year sitting in the top half of the Manitoba Major Junior Hockey League standings. That started with a tough game in St. Vital against the second place Victorias […] 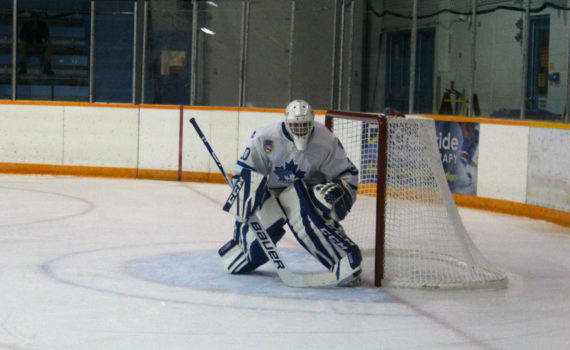 Canucks rookie netminder Noah Gilbert’s stellar play has been recognized by the Manitoba Major Junior Hockey League. Gilbert has won Rookie of the Month for November, after posting a 4-0-0 record, .924 save percentage and 2.19 goals against average in five appearances. His tremendous play extends past the second last […] 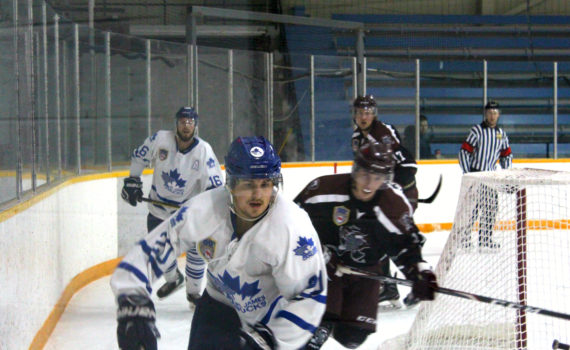 The Canucks started November by winning 4 of their first 6 games, which had them sitting third in the Manitoba Major Junior Hockey League standings. They looked to keep that momentum going as they started a tough stretch of games to end the month. They started against their closest rivals, […] 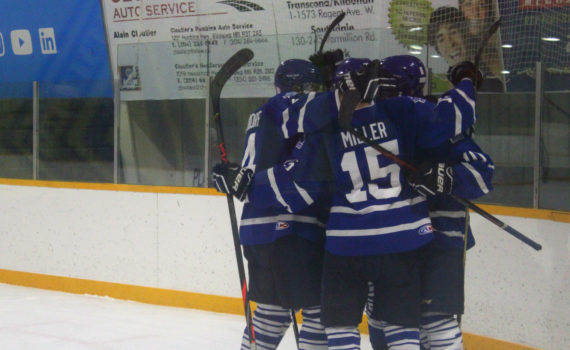 With the MMJHL standings jam packed, the Canucks looked to improve their position as they continued the month of November. It started with a tight game against the River East Royal Knights on Friday Nov. 8. It was a game the Canucks would go on to win 4-3 in a […] 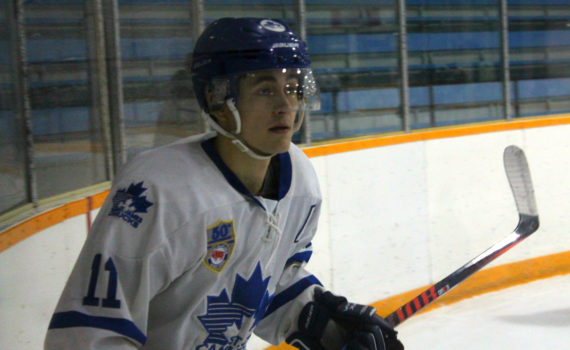 After the Canucks jumped out to a 4-2-0 start in their first six games, their next stretch started with a rough patch. It began with a home game on Oct. 20 against the Trancona Railer Express. It was a tough game for the Canucks, who fell 5-1. Graeme Shingleton scored […] 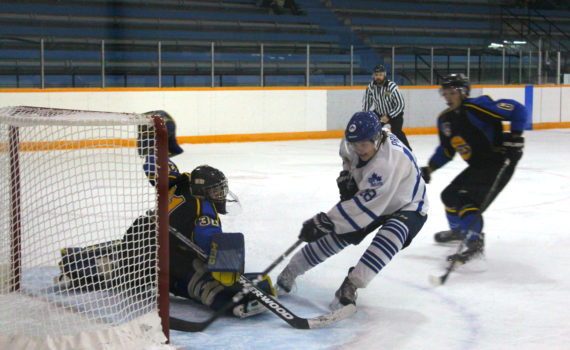 The St. James Jr Canucks came into the 2019-2020 season having lost 9 veteran players the previous year. This year, a young Canucks squad set out to shed the “rebuilding” tag. Although the season started with a loss to a veteran Ft. Garry/Ft. Rouge Twins team, the Canucks have come […] 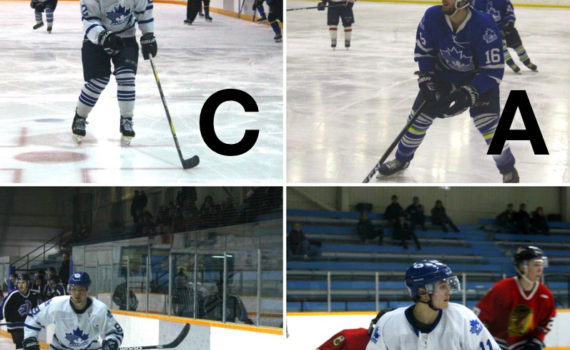 The Canucks are very pleased to announce this year’s leadership group! Leading things off is our new captain, defenceman Adam Thurlbeck. Thurlbeck has been a leader both on and off the ice since he became a full time player three seasons ago. He has also seen his points per game […]

The annual St. James Jr. Canucks Sportsman dinner was once again a huge success in 2019, thanks in large part to our community sponsors, fans and staff and volunteers. The dinner sold a lot of tickets, and was capped off by a number of players and community members taking home […] 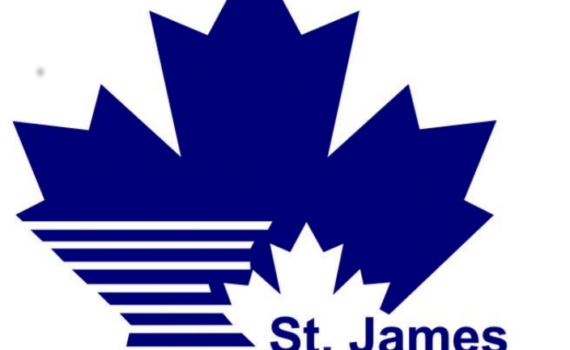 The St. James Junior Canucks are committed to helping foster the development of young hockey players in the community. During the season, all Canuck players take part in various community events such as: AA Day, community club carnivals, and minor hockey practices. They are excited to give back to St. […]

Thursday, May 2nd 2019 @ 8:30 – 10:30PM St. James Civic Centre The St. James Jr. Canucks celebrated another successful season in the MMJHL finishing with 61 points, most points for a Canucks team in 11 seasons! The organization thrived under its philosophy of work ethic and enthusiasm. The Canucks […] 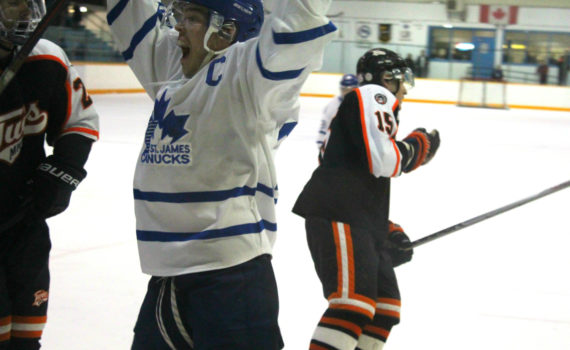 The Canucks came into their first round series against the Ft. Garry/Ft. Rouge Twins knowing it would be a tightly contested match-up, regardless of where the teams finished in the standings. The Canucks finished up as the third seed in the regular season and the Twins finished sixth. Game One […] 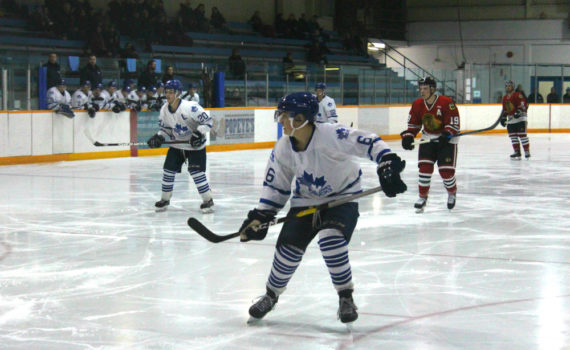 The St. James Canucks headed into the final stretch of the regular season battling atop the Manitoba Major Junior Hockey League standings. After back-to-back wins over the Raiders Junior Hockey Club and Stonewall Jets, the Canucks looked to keep that momentum going when they took on the Railer Express in […] 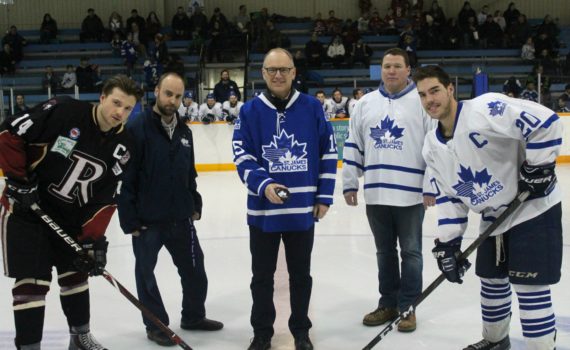 After splitting a pair of games in the Manitoba Major Junior Hockey League (MMJHL) showcase, the Canucks started a four game stretch that bled into the second month of 2019. That started with a game against the River East Royal Knights at Terry Sawchuk Arena on Jan. 25, where the […] 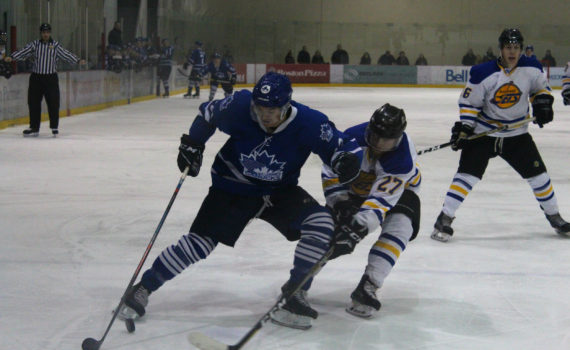 The Canucks’ start to the new year didn’t go as planned after they dropped two of their first three games. They looked to get back on track during a tough stretch of three games in three days. The first of those three games took place in St. Vital on Thursday, […] 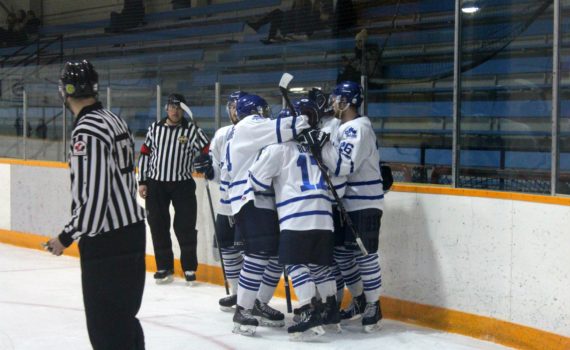 After the Canucks finished 2018 on a high note with five straight wins, they came back from the holiday break looking to keep that momentum going into the new year. They started that off on the right foot, with a 6-0 drubbing of the St. Boniface Riels at the St. […]