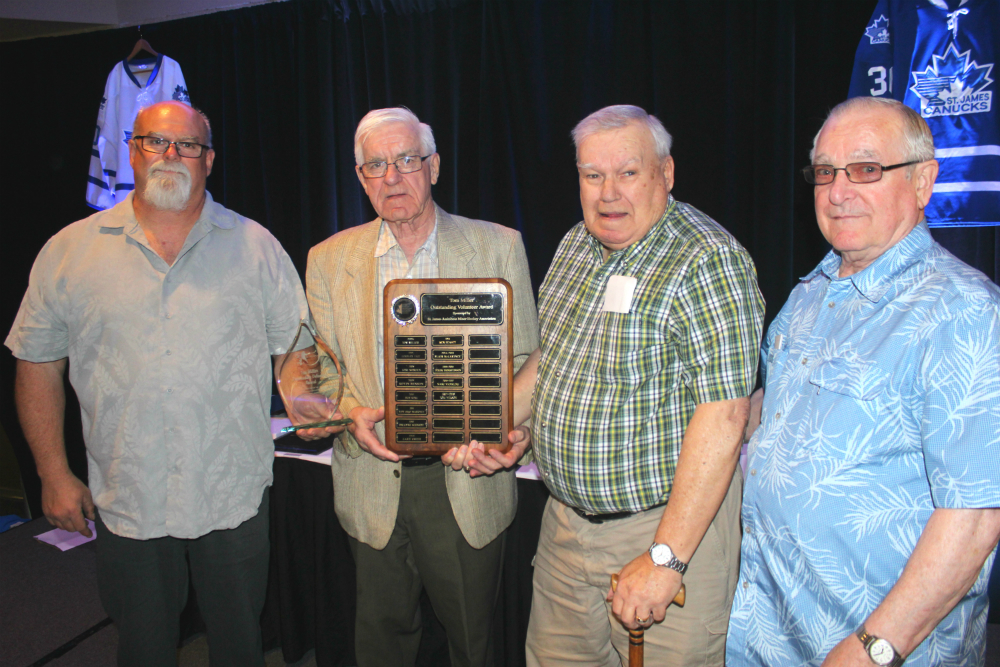 The St. James Jr. Canucks hosted another well-attended and successful Sportsman Dinner in late May, highlighted by team and community award winners and a guest speech from author Greg Gilhooly.

A number of very deserving players took home scholarships this season, including:

In addition, Tom Wilson took home the annual Tom Miller Volunteer award. Wilson is a three term president of Hockey Manitoba, has won the Volunteer Award for Hockey Manitoba twice (2000 and 2008), served as the Midget AAA convener for 15 years and currently serves as the MMJHL VP Registrar and VP Suspensions.

The Canucks want to once again thank host Joe Aiello for doing a wonderful job and the staff at Canad Inns Polo Park for hosting us and our volunteers. We also want to thank Greg Gilhooly for sharing his incredible journey with us, which is detailed in his book I Am Nobody: Confronting the Sexually Abusive Coach Who Stole My Life.

We also want to thank our incredibly generous sponsors, including:

Finally, we want to extend a huge thank you to members of our inaugural 1978 team, who were honoured at multiple points this season for the club’s 40th anniversary.  All of these players have been huge supporters of the team in the years since they wore Canucks colours all those years ago.

The Canucks organization is now turning its attention to the annual Golf Tournament, which is coming up in matter of months. You can register and find our more information by clicking here. 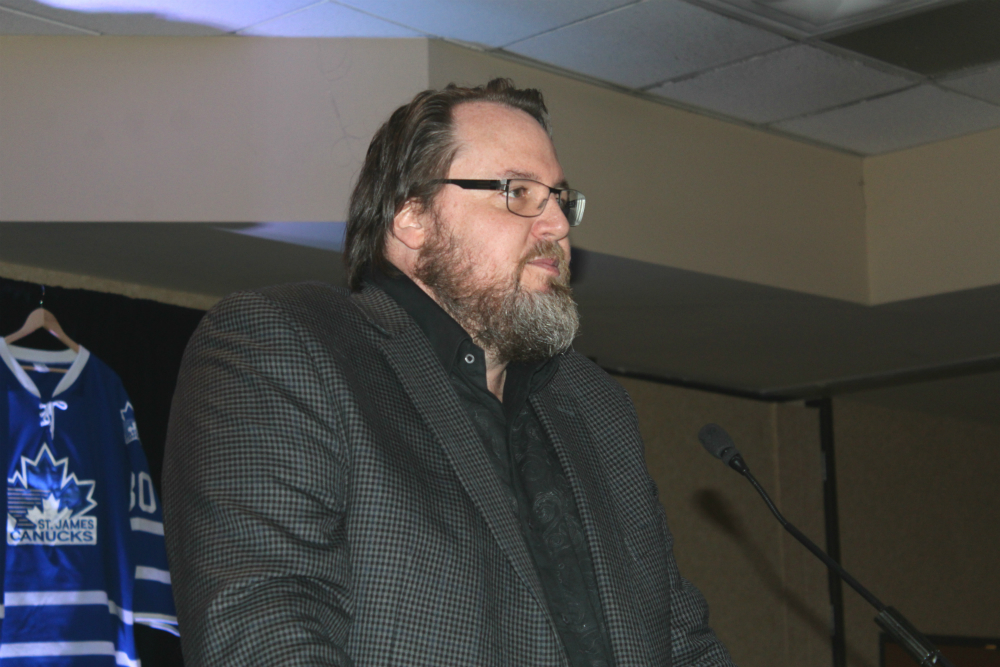 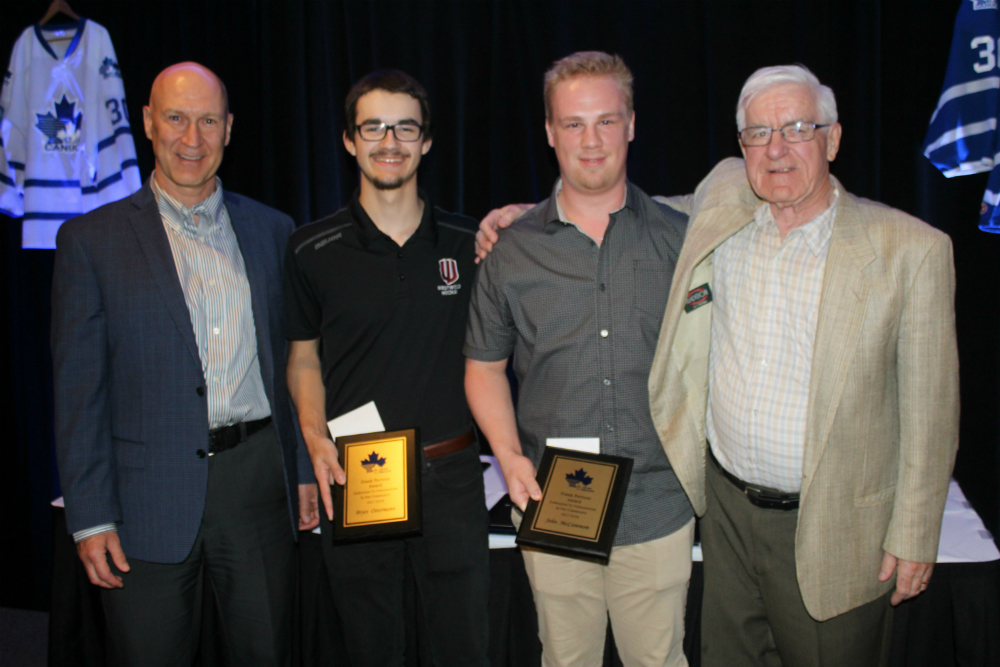 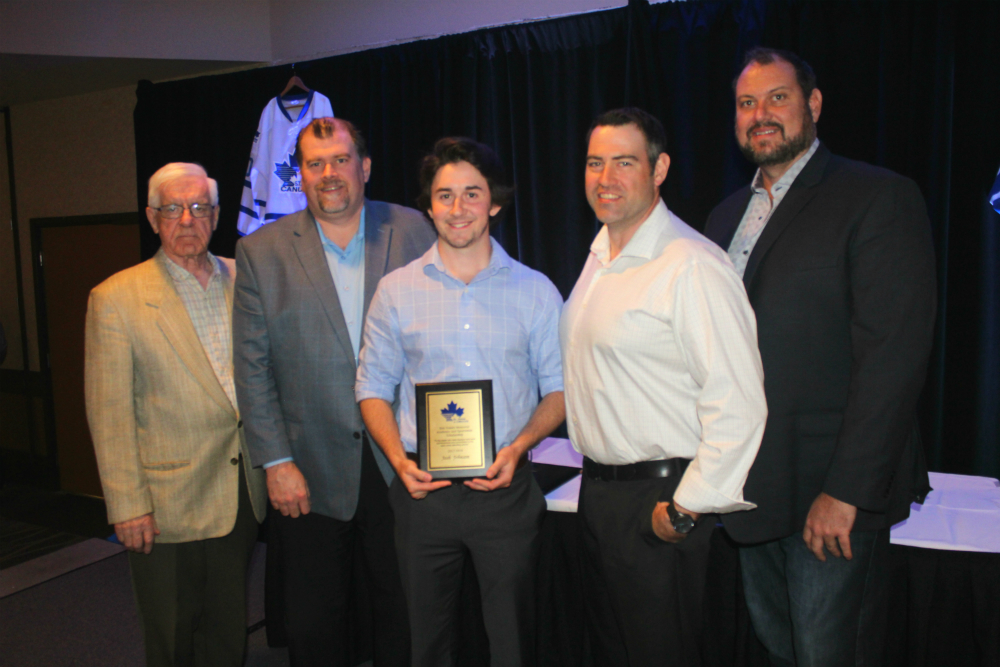 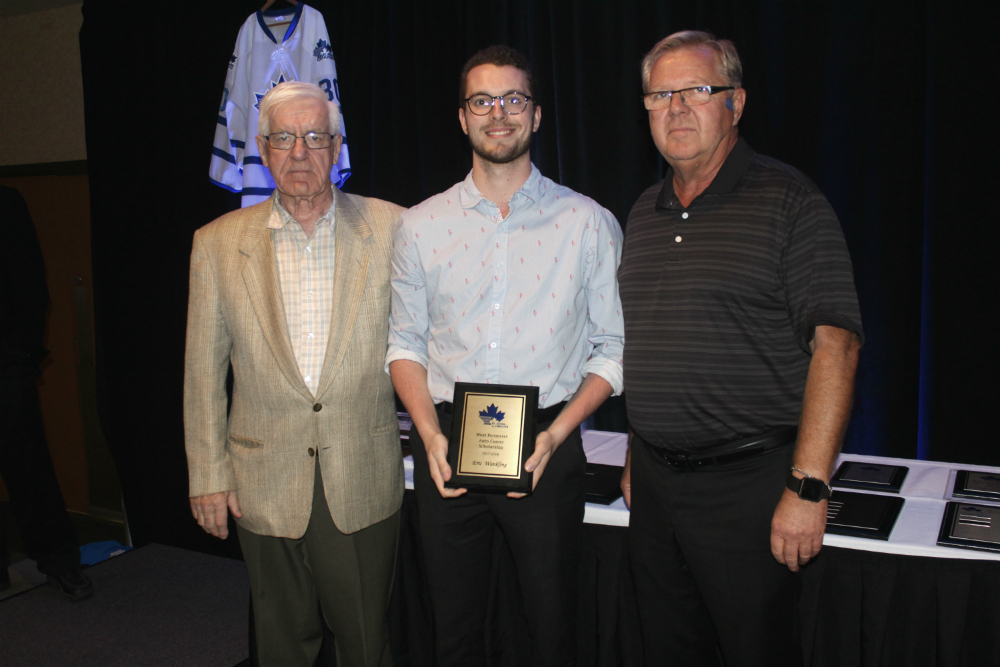 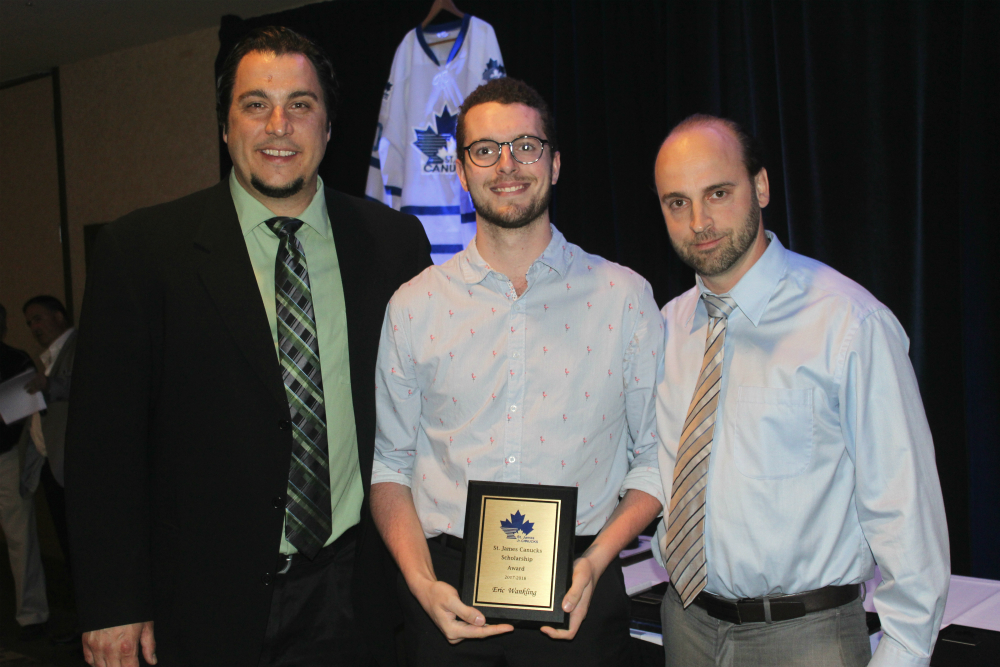 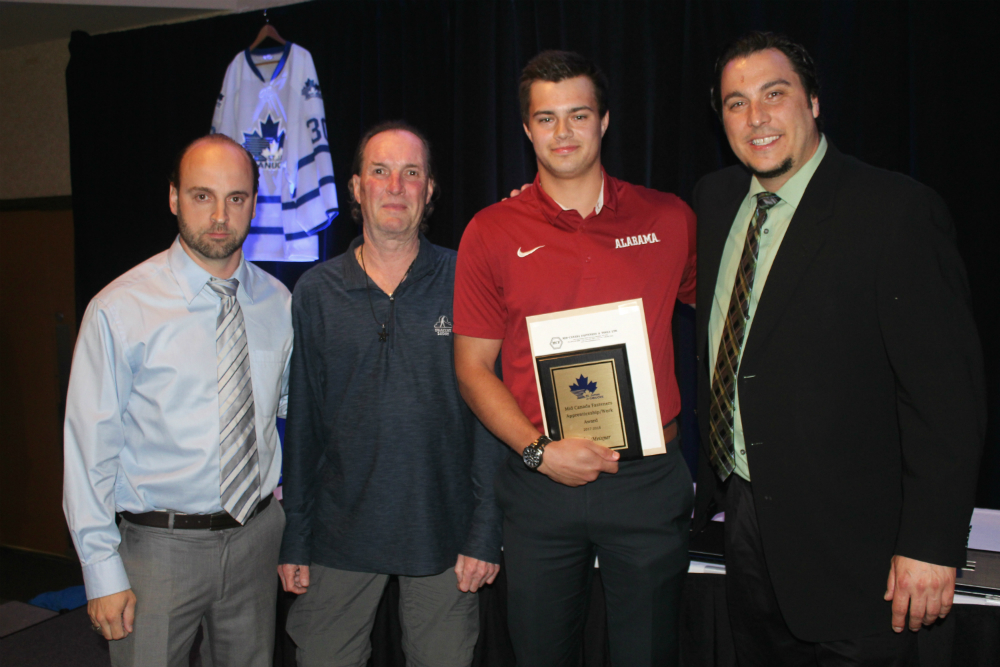 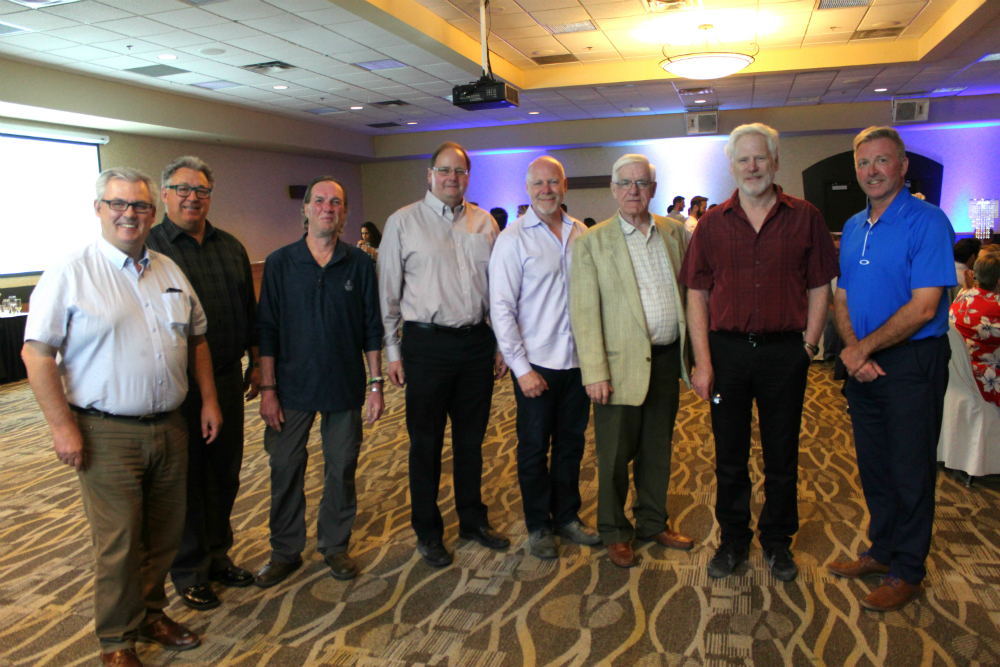