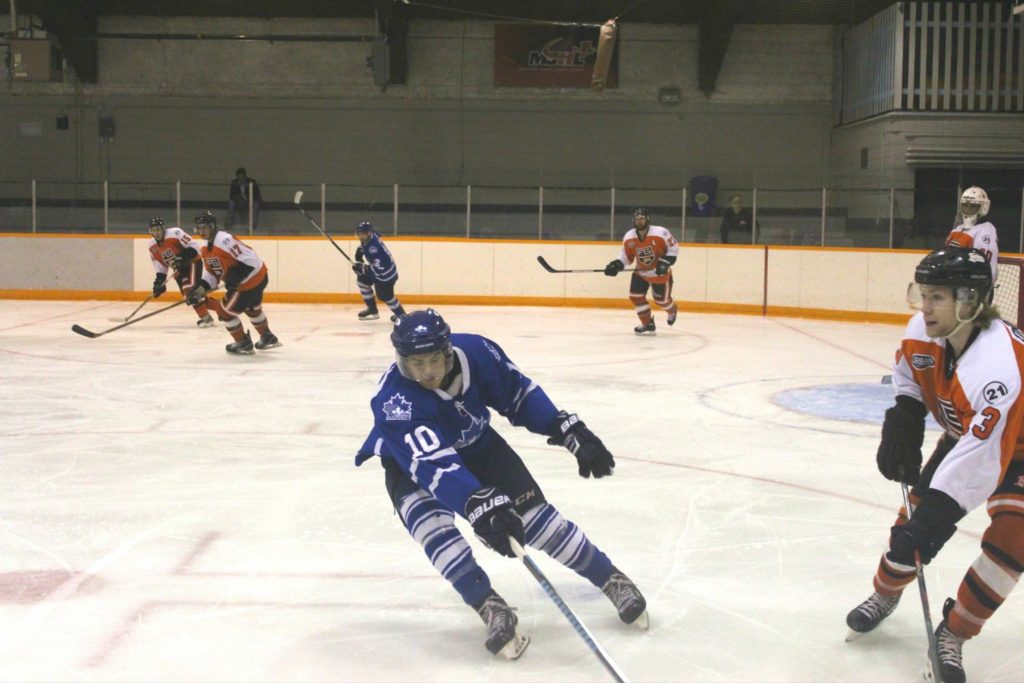 The Canucks opened their regular season with a lot of fresh faces as eight veterans left the squad after last year. The Canucks played their first game of the 2017-2018 campaign at home against the St. Boniface Riels on Sunday, Sept. 17, 2017.

Unfortunately for the Canucks, the Riels would spoil the party, scoring three times in the third period to cruise to a 6-2 win.

Nicolas Burmey and Brent Lefko scored for the Riels just over a minute apart midway through the first frame and that 2-0 score held up after 20 minutes. Burmey would add his second of the game 11:55 into the second but rookie forward Kieran Ursel responded for the Canucks at 15:08. It was 3-1 St. Boniface after two.

St. Boniface would add two insurance goals in the first half of the third period to put the game out of reach, despite Ben McKendry getting the Canucks on the board again. The final score ended up being 6-2. Kole Stockham finished the night with a pair of assists. Eric Wankling and John McCammon had assists as well.

The Canucks would come up just short on the scoreboard but earned their first point of the season, dropping a 3-2 shootout decision.

After the Twins took a 1-0 lead after the first period, Wyatt Kemball responded with his first of the season on the power play at 3:04 of the second. The Twins added one late in the second to hold a 2-1 lead after 40 minutes. In the third there was no scoring until John McCammon tied the game for the Canucks, scoring at 18:34 of the final frame.

McCammon, Ursel and Kemball all missed in the shootout, and Zach Odwack scored the winner for the Twins. Jeremy Idzikowski and Ursel had assists in the game.

Nathan Cvar was stellar in net, stopping 47 of the 49 shots the Twins directed his way for a .959 save percentage.

The loss dropped the Canucks record to 0-1-1.

3 – Kieran Ursel – Ursel had a goal and an assist during this two game stretch and also got into his first MMJHL fight.

2 – Nathan Cvar – Cvar allowed just two goals on 49 shots in a tough shootout loss to the Twins. Despite the loss, Cvar has a very solid 14-4-1 record since joining the Canucks last season.

1 – John McCammon – McCammon had a clutch goal late against the Twins and an assist during this two game stretch.

The Canucks have a busy week of hockey coming up with three games on the schedule. They host to the Pembina Valley Twisters on Sunday, Sept. 24 with a 2:45 pm puck drop at the St. James Civic Centre. On Thursday, Sept. 28 they’ll be at St. Vital Arena to face the Vics and the following day they’ll host the River East Royal Knights. Both of those games have 7:30 pm puck drops.