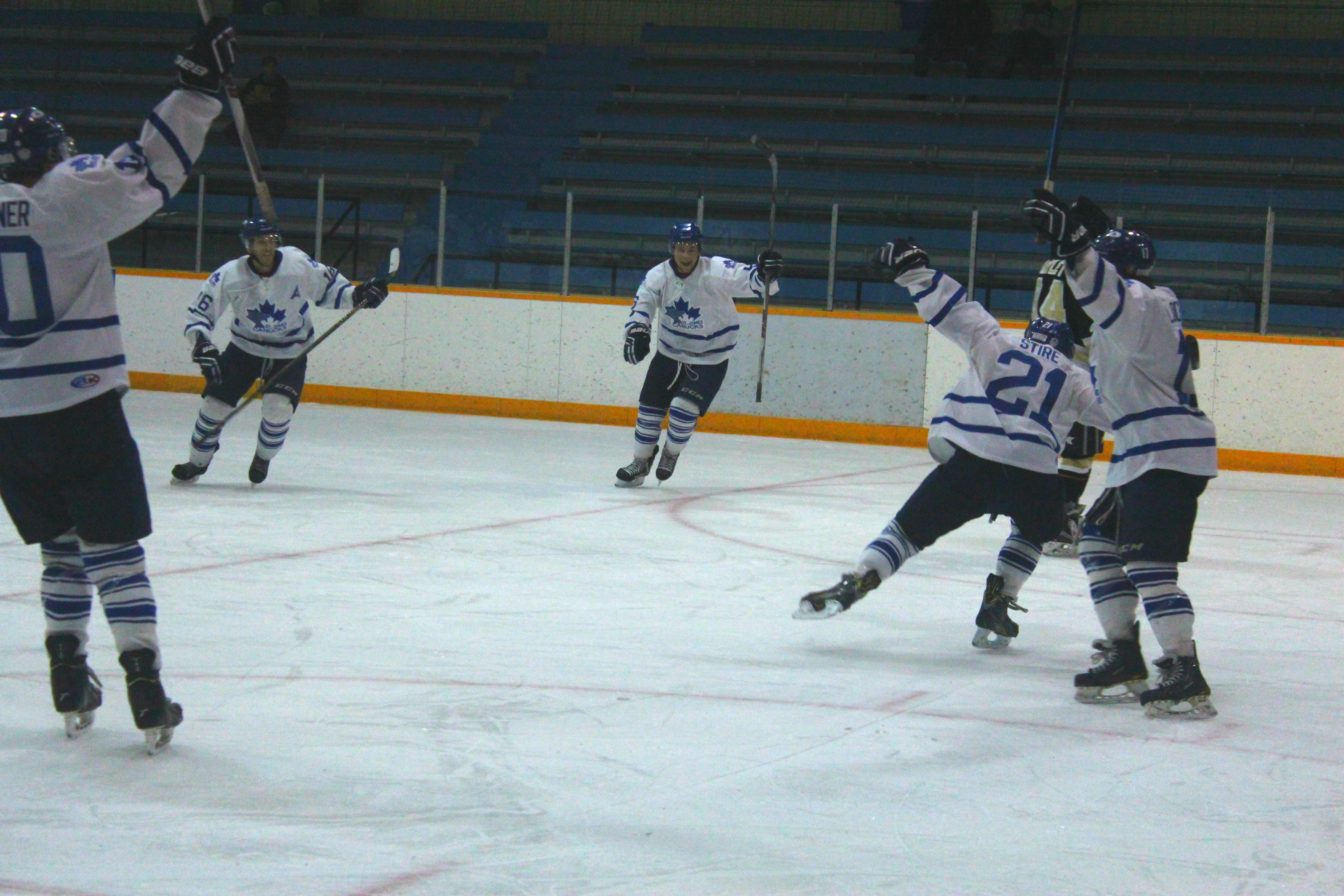 The Canucks came out of the holiday break looking to build on their five game winning streak and that began with a home match-up against the Raiders on Tuesday, Jan. 3, 2017.

They had an added motivation for revenge because the last time the two teams met at Seven Oaks Arena, the Raiders beat the Canucks 7-1.

In a much lower scoring affair this time around, the Canucks would come out on top 2-1 thanks to great goal-tending from Nathan Cvar and goals from Mitchell Lockhart and Nicholas Pierce.

After a scoreless first period, Lockhart would get the Canucks on the board at 13:06 of the second with a shot that deflected in off a Raiders defenceman. Tyler Meixner recorded the lone assist on Lockhart’s 21st of the season.

4:38 into the third period Pierce put home his seventh of the season to put the Canucks up 2-0. Wyatt Kemball and Graham Philp picked up assists on the goal. The Raiders would add their only goal late in the game to make things interesting, but Cvar was able to shut the door and secure the win. Cvar stopped 32 of 33 shots and with the win improved his record to a very impressive 10-1.

The win moved the Canucks to ten games above .500 at 18-8-1, as they continued to jockey at the top of the standings with Pembina Valley, Charleswood and Stonewall.

Up next was another home game against the St. Boniface Riels on Friday, Jan. 6, 2017.

The Canucks won 5-2 in a tightly contested game, thanks in large part to two clutch third period goals from captain Nick Stire and forward Stephane Nukapiak.

Matthew Gardner would strike late in the opening period for the Riels to cut the lead to 2-1.

Despite the Canucks throwing 20 shots on net in the second, the only goal came off the stick of Triston Eastman of the Riels to tie the game at 2, which is where the game sat after 40 minutes.

Just over eight minutes into the third, Stire tipped in David Freisen’s point shot on the power play to give the Canucks the 3-2 lead. For Stire it was his 10th of the season and his fifth goal in his past five games. Just over a minute later Nukapiak ripped a slap-shot past Kyle McHolm to give the Canucks a 4-2 lead. Wyatt Kemball would ice the win, putting his 3rd of the season into the empty net.

Lockhart, Philp and Justin MacKinnon all recorded assists in the third period. Cvar was solid in net once again, stopping 22 of 24 shots for his 11th win of the season.

The victory extended the Canucks’ winning streak to a season-high seven games and improved their record to 19-8-1.

To wrap up this three game segment, the Canucks went to Ed Golding Memorial Arena on Sunday, Jan. 8, 2017 to tangle with the Transcona Railer Express.

Unfortunately the Canucks streak would come to an end in a 4-2 loss.

The top line was solid again as Lockhart scored both goals for the Canucks. Meixner had two assists in the game and Stire chipped in with an assist as well.

3 – Stephane Nukapiak: Nukapiak had a goal and an assist in this three game stretch. He now has three goals and seven assists in 26 games this year.

2 – Tyler Meixner: Meixner had three assists during this stretch and has points in seven of his last 10 games. He’s a point-per-game player right now with 25 points in 25 games.

1 – Mitchell Lockhart: Lockhart had three goals and an assist during this segment and continues to be an offensive force for the Canucks. He is on a 12 game point streak with 12 goals and six assists in that span.

The Canucks open the MMJHL Showcase this weekend with all league games taking place at the MTS IcePlex. They kick things off Friday, Jan. 13 against the Twins at 7:15 p.m. Their second game goes Saturday at 6:30 p.m. against Stonewall.