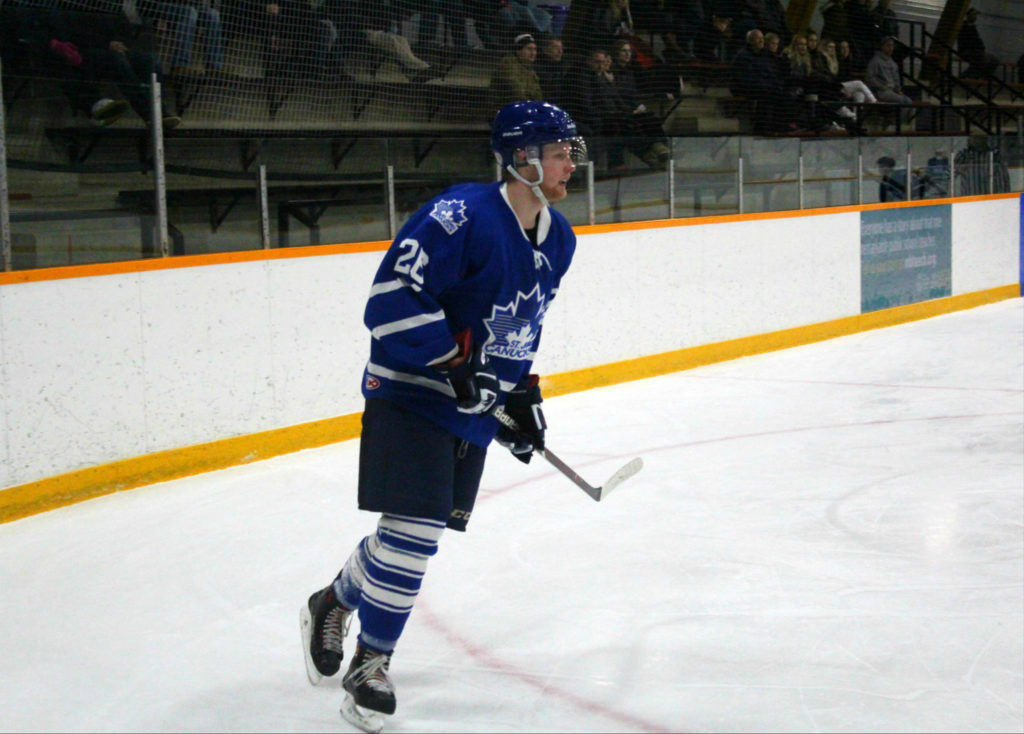 The Canucks capped off the month of November on a high note with back-to-back wins in Ft. Garry/Ft. Rouge and St. Vital before opening up a tough stretch in December.

It began with a game against the River East Royal Knights on Dec. 3, in a game that marked the return of Shane Bigourdin.

Bigourdin hit the ice in game action for the first time since he was diagnosed with Hodgkin Lymphoma. Though he didn’t get in the goal or assist column, he wasted no time getting right back into the game with a roughing minor early in the third period.

After that, the Canucks opened up a tough stretch of games against the top four teams in the league.

That stretch began with a 4-1 loss to the league leading Raiders on Dec. 8 at Seven Oaks Sportsplex. Cole Chicoine had the lone goal in the game.

The Canucks then looked to bounce back against Transcona at home on Sunday Dec. 10, but struggled in a 7-2 loss. Chicoine scored for the second straight game and John McCammon added his 7th of the season.

The Canucks followed that up with a 5-2 loss to the Charleswood Hawks on Dec. 15 and a 3-2 overtime loss to the Stonewall Jets on Dec. 17. Ezako had a pair of goals in those two games and Stockham and Eric Wankling added goals as well.

The Canucks wrapped up their pre-holiday schedule with a 7-4 win over the Pembina Valley Twisters on Dec. 22. Multi-point games from Wyatt Kemball (1G 1A), Tristan Ezako (2G 2A), Tyler Meixner (3A), Justin Mackinnon (2A) and Dylan Reinheimer (2G 1A) helped the Canucks head into their holiday break on a winning note.

The Canucks finished 2017 with a record of 14-12-2 and sit 5th in the MMJHL standings, five points behind 4th place Stonewall.

3 – Justin Mackinnon – Mackinnon has been a steady force on the back end all year for the Canucks. During this eight game segment, he had seven assists.

2 – Dylan Reinheimer –  Reinheimer had three goals and six assists during this eight game stretch and is now up to 18 points in 28 games.

1 – Tristan Ezako – Ezako had six goals and four assists during this block of games and has 10 goals and 19 points in 14 games since joining the Canucks.

The Canucks will open up the 2018 portion of the schedule at Century Arena against the Twins on Jan. 5.