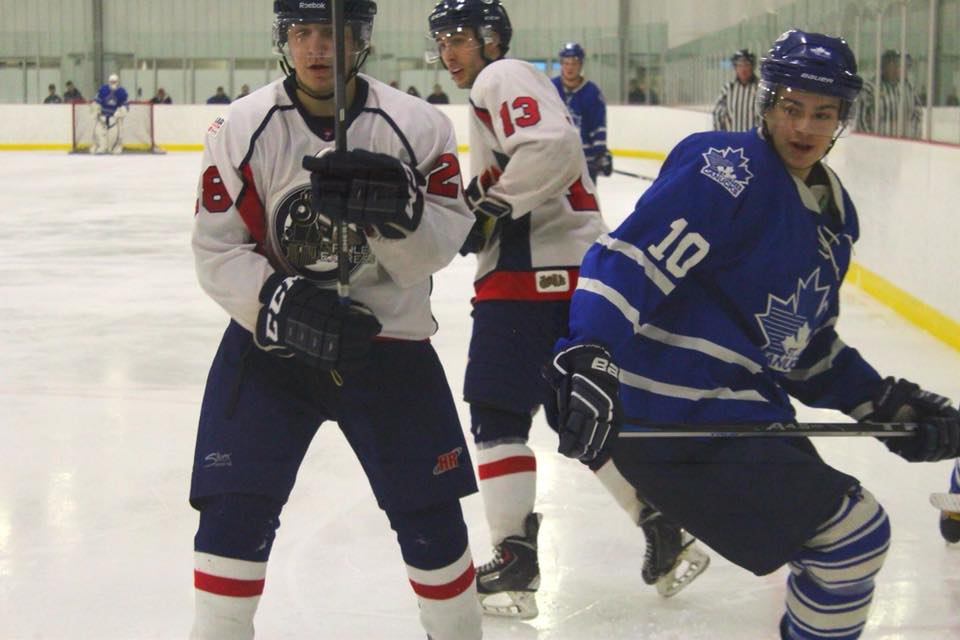 After beating up on St. Boniface 5-2 to cap off a stretch of three wins in four games, the Canucks looked to keep the momentum going against the Transcona Railer Express on Nov. 12.

A hat trick from Tyler Meixner, including the overtime winner, secured a 4-3 victory for the Canucks.

Jeremy Idzikowski opened the scoring 7:15 into the game to make it 1-0 Canucks but Transcona would answer three minutes later to leave the game tied at one after the first period.

In the second, Meixner scored twice to answer two Transcona goals as the two teams headed into the third tied at three.

After a scoreless final frame where the Canucks directed 14 shots towards the Transcona net, Meixner won the game in overtime with his sixth of the season.

Idzikowski had a three point game and Tristan Ezako had a pair of assists in the victory. Justin Mackinnon and Wyatt Kemball also recorded assists as the Canucks improved their record to 8-8-1 on the season. Nathan Cvar stopped 27 of 30 shots for the win.

After that, the Canucks hit the highway north to face the Stonewall Jets on Nov. 17.

Despite tying the game in the third and out-shooting the Jets 40-28, it wasn’t meant to be for the Canucks, who fell 4-3.

The Jets struck twice early in the first period to take a 2-0 lead but Adam Thurlbeck cut that lead in half with 49 seconds left in the period to leave it at 2-1 after 20.

Stonewall would regain the two goal lead 12 minutes into the second but the Canucks battled back and scored another late one to make it 3-2.

Wyatt Kemball tied the game on a power play in the third but a late goal by the Jets secured the victory. Kemball had two goals in the game and Meixner, Mackinnon, Dylan Reinheimer and John McCammon chipped in with assists.

3 – Wyatt Kemball: The captain had two goals and an assists during this two game stretch and leads the Canucks in scoring with 18 points in 18 games.

2 – Jeremy Idzikowski: Idzikowski had a goal and two assists in these two games and is third on the team in scoring with 13 points in 18 games. He is two points away from tying his MMJHL career high in points at 15, which he achieved in 42 games in the 2015-2016 season.

1 – Tyler Meixner: Meixner had three goals and an assist during this two game segment and has eight points over his last five games.

The Canucks take their 8-9-1 record into a Sunday afternoon game against Charleswood on Nov. 19 to kick off a two game home stand. They’ll welcome the Pembina Valley Twisters to the St. James Civic Centre on Friday, Nov. 24, before road games in Ft. Garry/Ft. Rouge and St. Vital to wrap up the month of November.