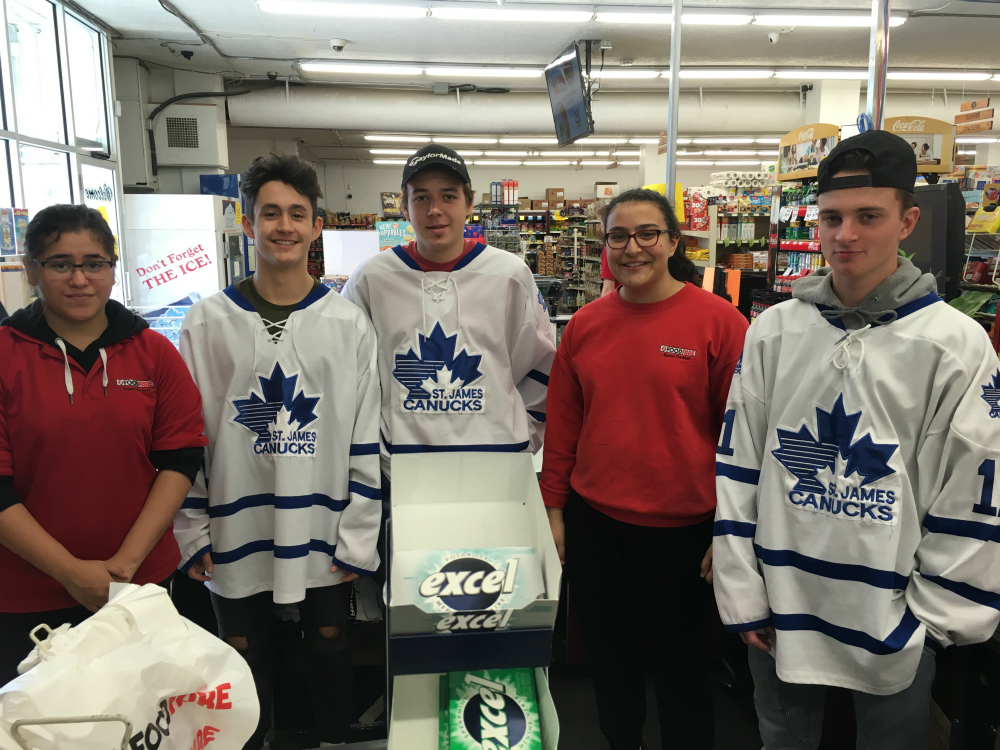 The Canucks take pride in the St. James community and we try to show that throughout the season with our players representing our franchise at different events. For the past number of years we’ve been helping out our friends at Food Fare.

The Canucks want to extend a huge thank you to Munther Zeid, the owner of these two locations for his continued support of the hockey club and for the opportunity for our players to help out and get to know people in the community.

You can catch these players – and other Canucks – back in action this Tuesday night at the St. James Civic Centre against the Stonewall Jets. Puck drop is 7:30 pm.

The Canucks want to extend a happy Thanksgiving to our players, followers, fans and their families.

All photos were taken by Justin Steeves and Jerry Jones. 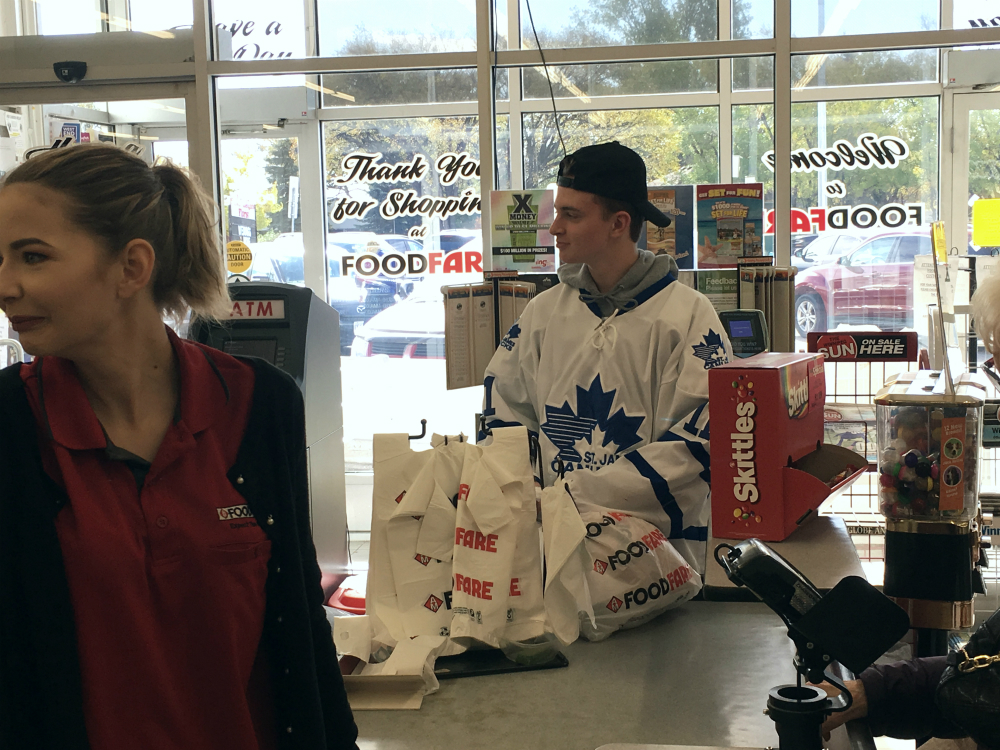 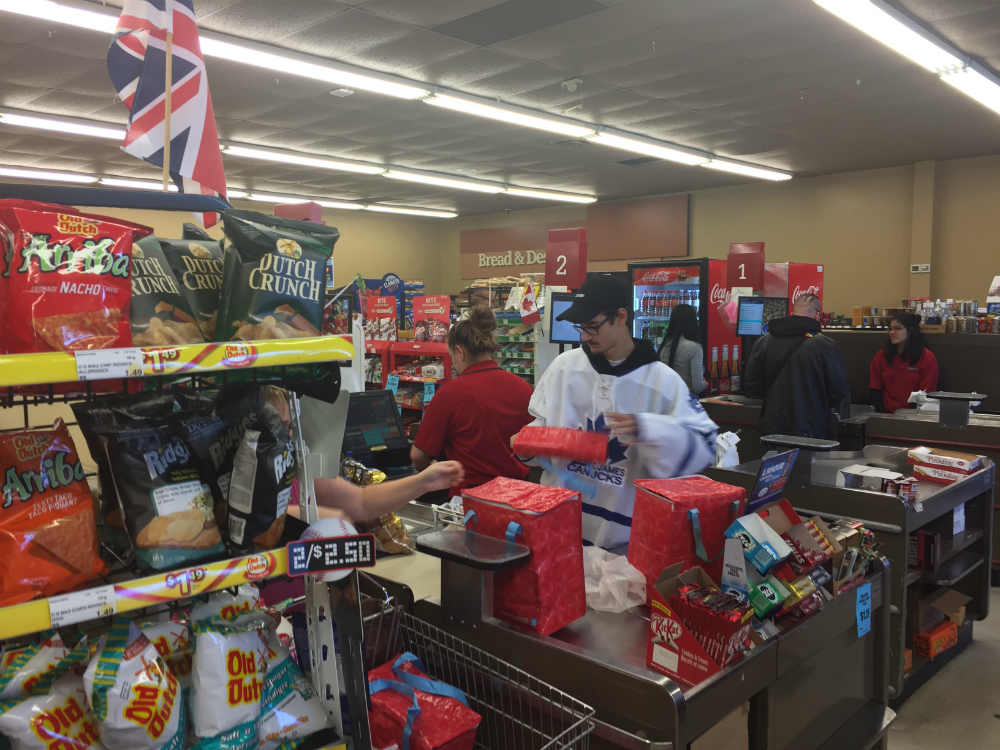 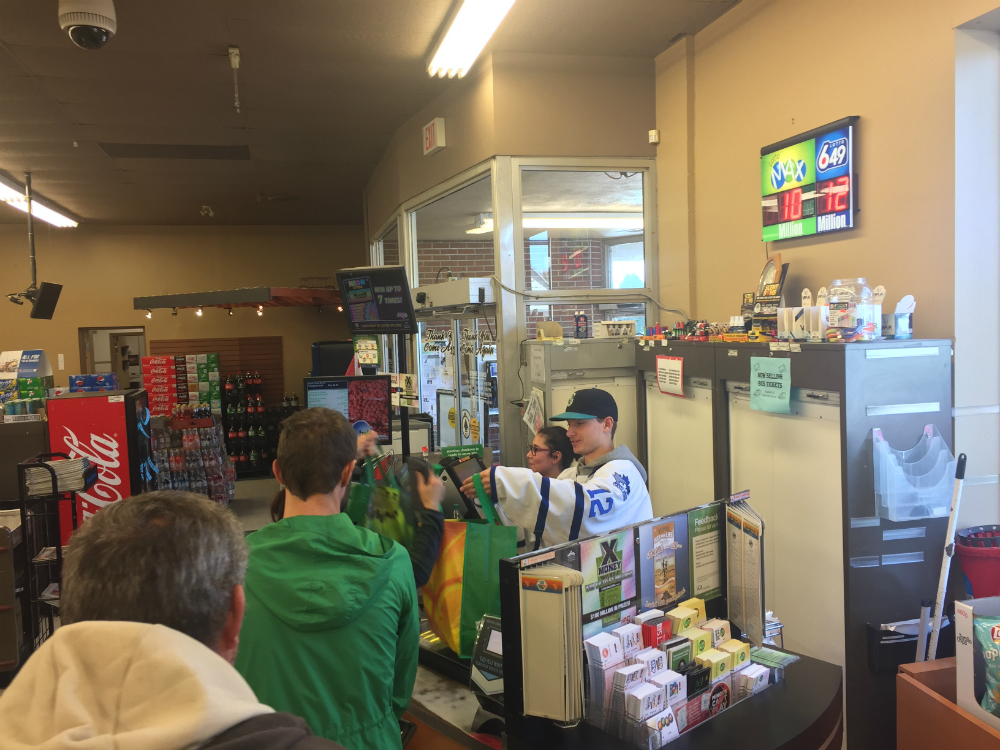 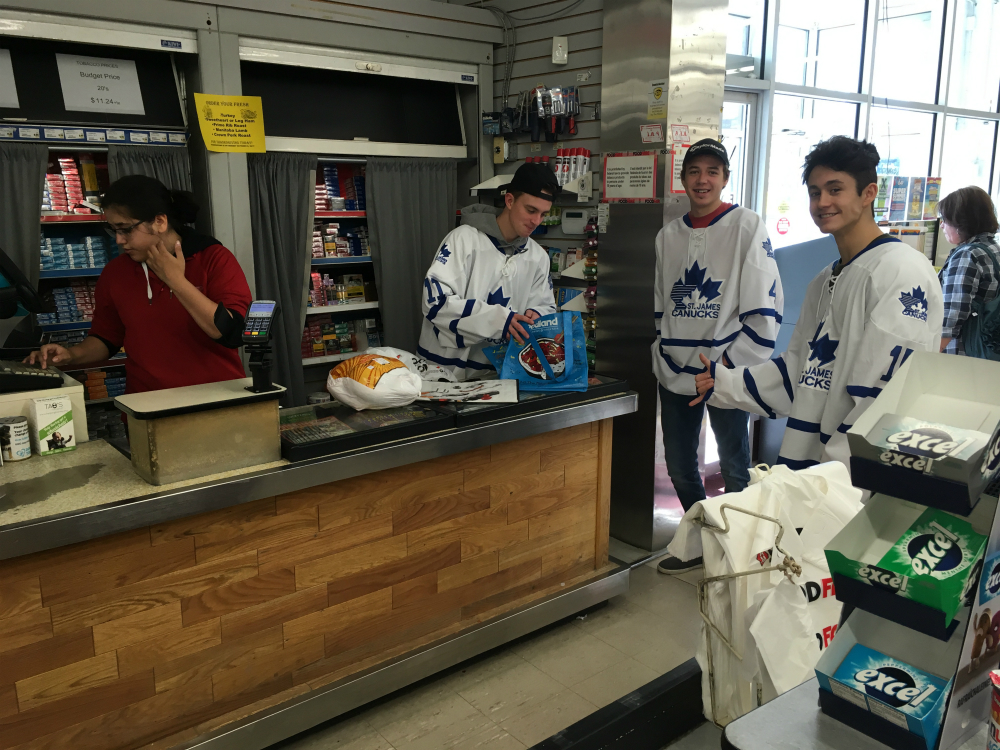 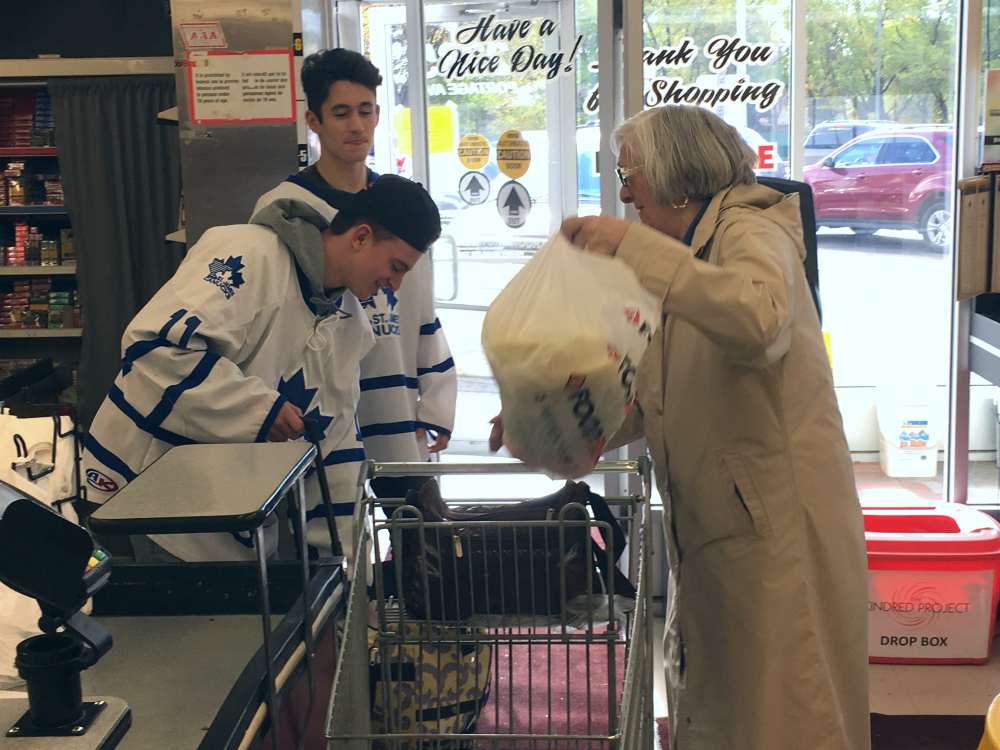