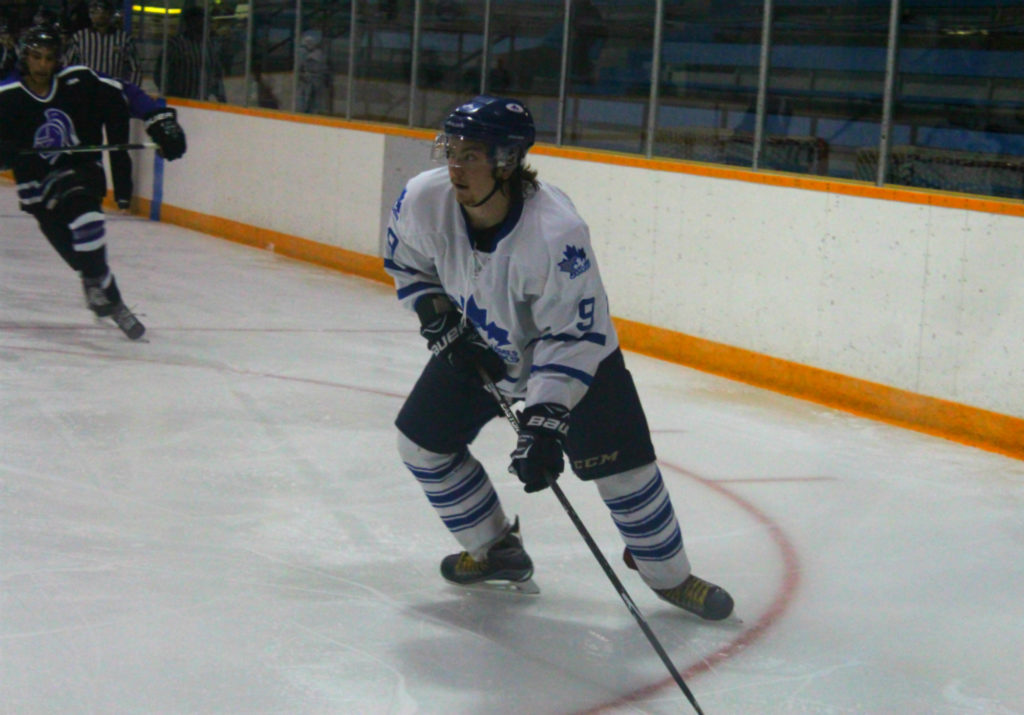 After opening the season with a pair of tough losses, the Canucks were looking for their first win on Sunday Sept. 24 against the Pembina Valley Twisters.

Tyler Meixner led the way with a goal and an assist late in the game, leading the Canucks to a 5-3 victory. Kieran Ursel, Jeremy Idzikowski, Colin McKay and Kole Stockham also scored in the win. Dylan Reinheimer, John McCammon, Josh Johnson, Cole Chicoine and Idzikowski all recorded assists.

Nathan Cvar stopped 36 of 39 shots that came his way.

The Canucks looked to keep rolling against a tough opponent in the the St. Vital Victorias on Thursday, Sept. 28 at St. Vital Arena. Despite holding a 4-2 lead going into the third they couldn’t hang on, as the Vics scored three unanswered goals in the third to take the victory.

Kole Stockham got things started in the first with his second goal of the year. The Vics answered back a few minutes later but late in the period Dylan Reinheimer put the Canucks up 2-1. Wyatt Kemball assisted on Reinheimer’s first goal of the season.

Kemball made it 3-1 midway through the second with assists from Tyler Meixner and Chris Sass. Josh Wilkinson extended the lead to 4-1 just a few minutes later with assists going to Bryce Ostermann and Josh Johnson. The Vics scored late and the Canucks held a 4-2 lead.

In the third, Liam Grossman, Samuel Krushel and Mikael Berard scored to put the Vics ahead for good.

Tyler Weiss made 20 saves in the game and the Canucks directed 51 shots towards the St. Vital net. The loss dropped their record to 1-2-1.

The next night the Canucks looked for a bounce back victory against a struggling River East Royal Knights team that came into the game searching for their first win.

A sound defensive performance and a pair of goals by assistant captain John McCammon led to a 3-0 win for the Canucks.

McCammon tallied twice in the first period, including one on the power play to put the Canucks up 2-0. Kieran Ursel, Tyler Meixner, Adam Thurlbeck and Josh Johnson had assists in the period.

Kemball put the Canucks up 3-0 early in the second period and that would be more than enough as Nathan Cvar shut the door the rest of the way, recording 21 saves in the shutout. Meixner picked up his second assist of the game on Kemball’s goal and Sass recorded an assist as well.

It was the second win on the season for the Canucks, who are tied for 5th in the MMJHL with the Raiders Junior Hockey Club.

3 – John McCammon: McCammon scored a pair of first period goals in the Canucks 3-0 victory over River East and had an assist against Pembina Valley. He’s tied for the team lead in scoring with five points.

2 – Tyler Meixner: Meixner had a goal and four assists during this three game stretch and set the tone late in the Pembina Valley game, scoring the go-ahead goal and setting up an insurance marker.

The Canucks will have their hands full during their next three games. The action starts on Friday, Oct. 6 when they head to the Seven Oaks SportsPlex to take on the defending champion Raiders, followed by a date with last year’s finalists, the Stonewall Jets on Tuesday, Oct. 10 at the St. James Civic Centre. They’ll wrap up their next stretch of games Friday, Oct. 13 when they head to Eric Coy Arena to face the Charleswood Hawks.