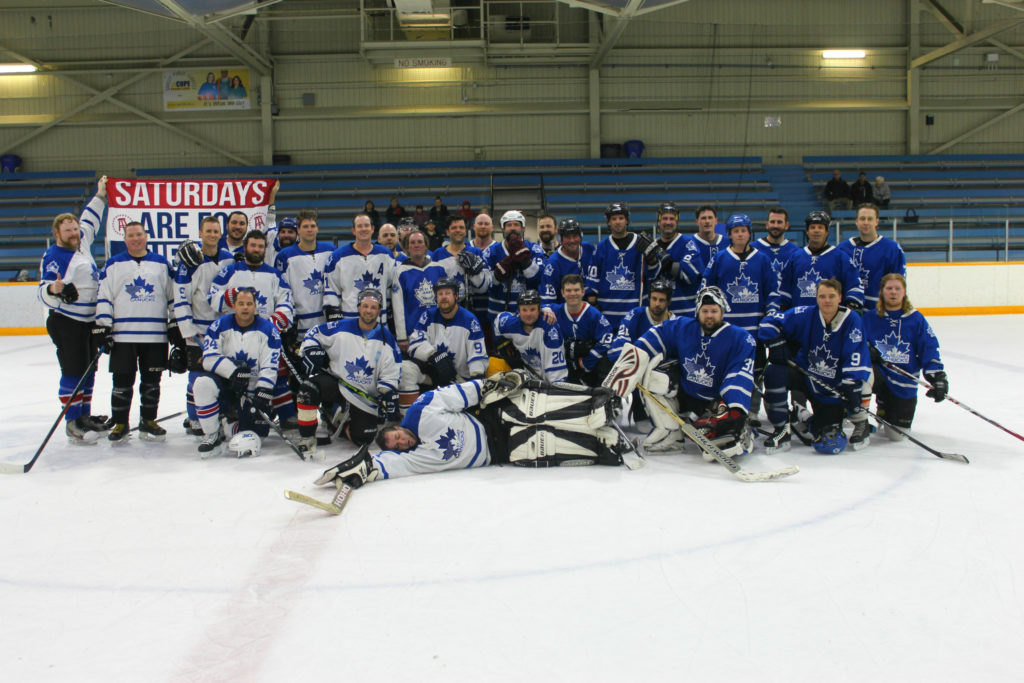 Approximately 60 former St. James Canucks players came out for the team’s first ever Alumni Games to catch up with old friends and compete at the St. James Civic Centre once again.

In the opening game, which featured players who were born in 1984 or older, Team Blue earned a 9-6 victory, led by Jay Pridchodko, who had four goals and a pair of assists. Current Canucks’ GM and Treasurer Gavin Mclachlan suited up for the winning side, while President Justin Steeves and Assistant Coach Sean Martin hit the ice for Team White. 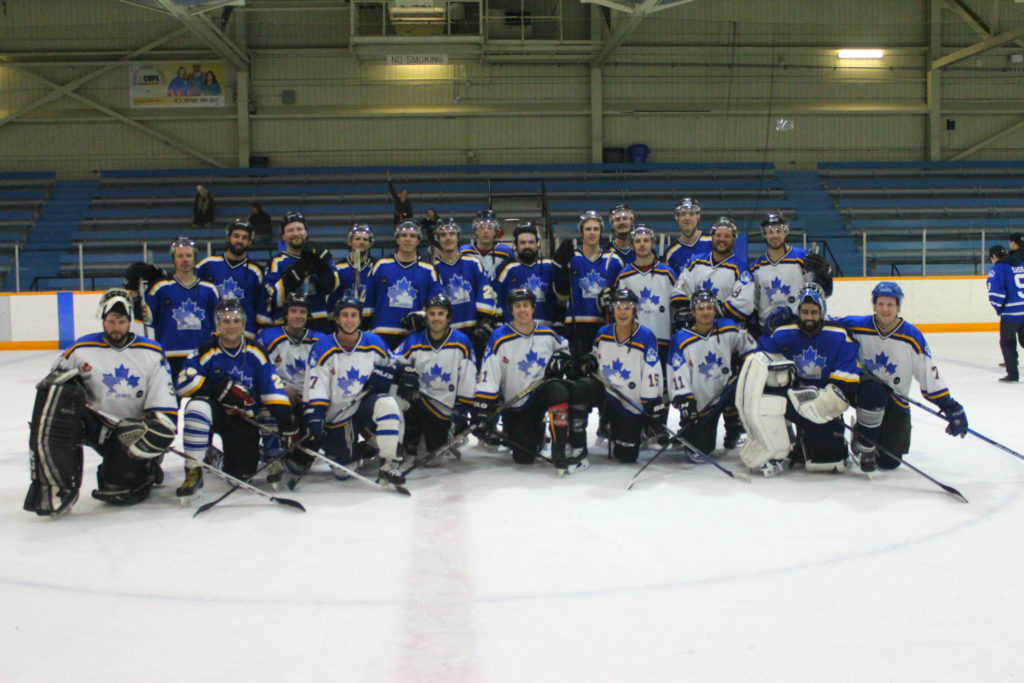 The Canucks want to thank every player who signed up for this year’s Alumni Game for making it a huge success. The Canucks have a proud history in St. James and the turnout for yesterday’s festivities emphasizes the importance MMJHL hockey has played in the lives of many players in the St. James area. We also want to thank our volunteers and staff for helping set everything up, our sponsors, Little Caesars Pizza for providing our post-game meal and The Sliver Heights Restaurant for hosting the after party.

The current day Canucks are back in action this Monday night in St. Boniface with a 7:30 pm puck drop.