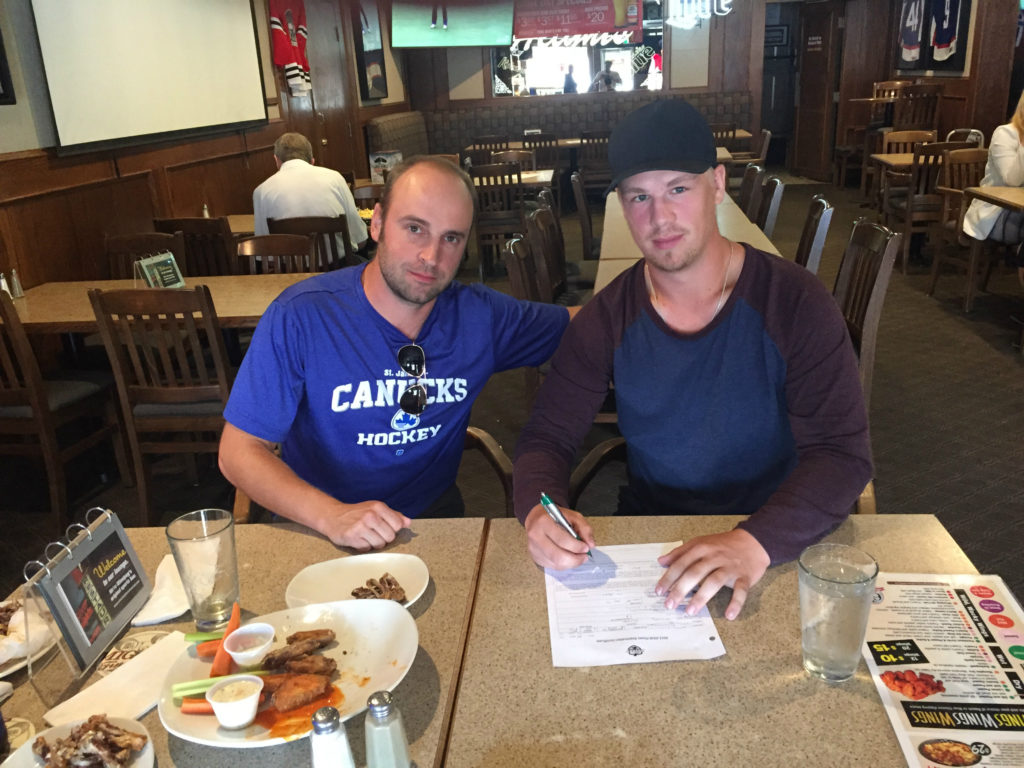 The Canucks have added another forward for the 2017-2018 season.

GM and Treasurer Gavin Mclachlan, President Justin Steeves, Director of Business Operations Jerry Jones and Assistant Coach Sean Martin were on hand to announce the signing of John McCammon today. The 20-year-old spent the past two seasons with the Neepawa Natives of the Manitoba Junior Hockey League. Prior to that he spent two seasons with the Provincial AAA Interlake Lightning. 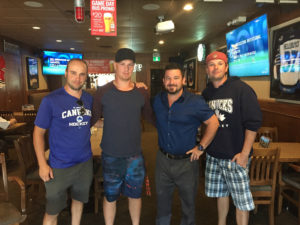 In his two seasons with Neepawa, the 5’11 and 180 lb McCammon scored 10 goals and added 11 assists in 96 regular season games. He also scored a goal for Neepawa in last year’s first round playoff series.

In his final year with the lightning (2014-2015), McCammon put up big offensive numbers, scoring 15 goals and putting up 38 points in 41 games. 9 of McCammon’s goals that year came on the power play.

In the playoffs the same year, he dominated for the Lightning putting up three goals and eight points in five games.

Canucks training camp is just over a month away. Click here for more details.

The Canucks Golf Tournament takes place Aug. 24, 2017 and spots are still available. You can sign up online by clicking here.