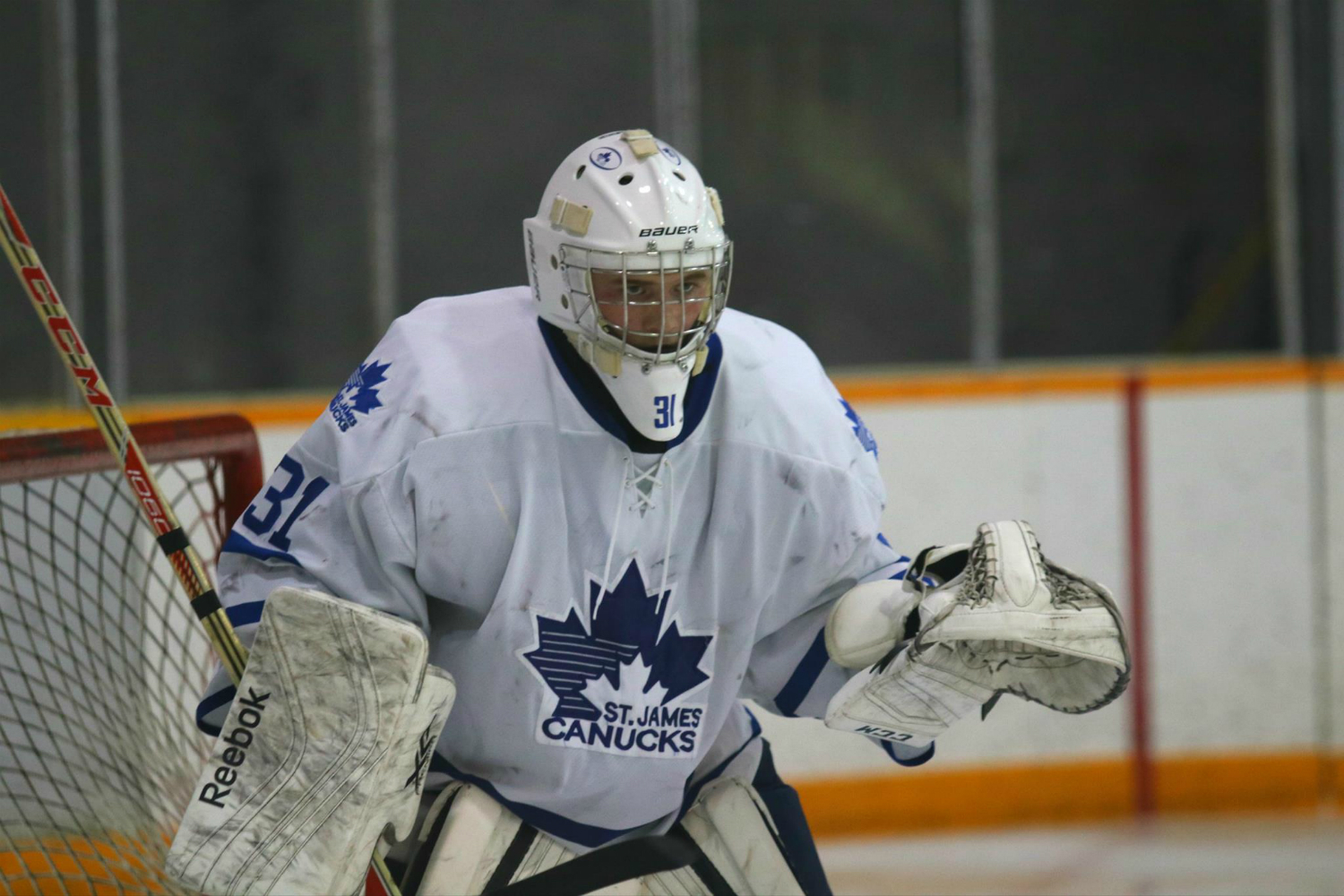 Canucks goaltender Nathan Cvar helped lead the team to eight wins in their last 10 games of the season, and he’ll be taking home some hardware for his efforts.

The Manitoba Major Junior Hockey League announced that the second-year Canucks’ goalie has won Goaltender of the Month honours for the month of February.

Cvar is the third member of the Canucks to take home monthly award honours during the 2017-2018 season. In November, Tyler Meixner won Player of the Month and Jeremy Idzikowski won Defenceman of the Month.

The Canucks are currently tied with the Stonewall Jets in their best of seven playoff series at one game apiece. Game three goes tomorrow afternoon at Keith Bodley Arena in St. James. Puck drop is at 2:45 p.m.