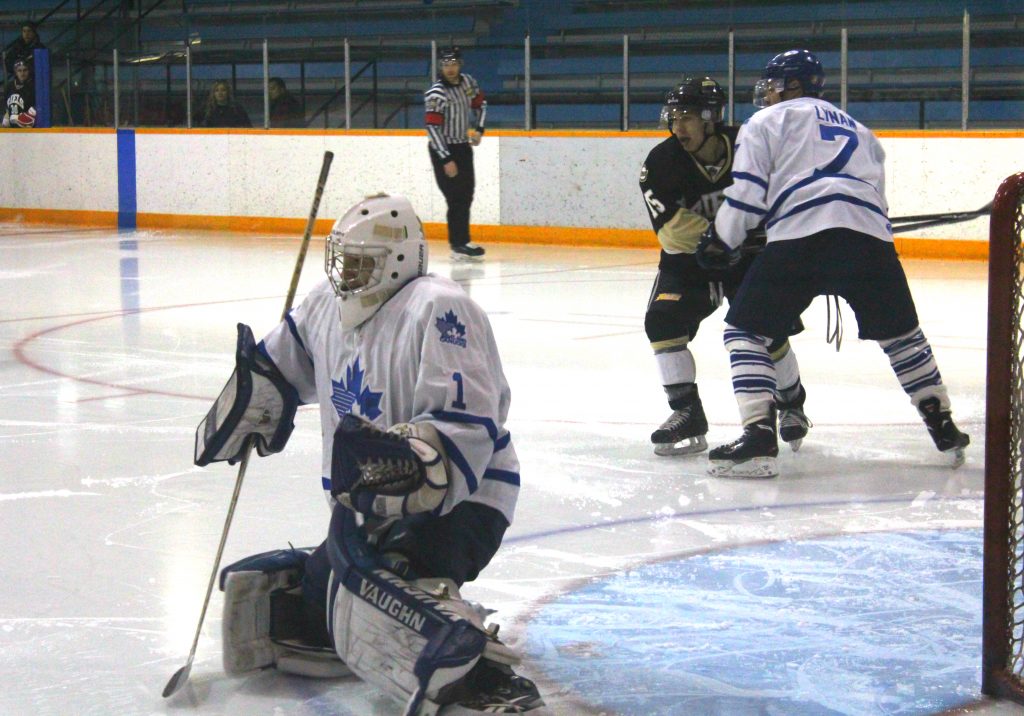 After a tough luck loss to the Ft. Garry/Ft. Rouge Twins, the Canucks looked to get back on track during the final weekend of the season with two home games.

On Friday, March 3 the Canucks lost a hard fought 5-3 game to the St. Boniface Riels.

The Canucks started off well, scoring the first two goals of the game. Graham Philp had the lone goal of the first period on a power play assisted by Tyler Meixner and Mitchell Lockhart. Dylan Rienheimer scored early in the second to give the Canucks a 2-0 lead. Assists on that goal came off the sticks of Philp and Adam Thurlbeck. The Riels battled back to score two unanswered goals in the ladder half of the period, to tie the game at two after 40 minutes.

In the third the Canucks struggled to get the offence going and surrendered an early goal to go down 3-2. The Riels would add another one in the late stages of the game to double their lead at 4-2. Tyler Meixner scored at 18:44 to cut the lead to 4-3 but the Riels added an empty netter to ice the win.

The loss dropped the Canucks record to 25-17-2 and dropped them to 4th place in the MMJHL standings.

Next up for the Canucks was a Sunday afternoon game against the River East Royal Knights to wrap up the regular season.

The Canucks would ride a big wave and cruise to a 12-1 win to wrap up the season. The Canucks got goals from eight different players, including call-up Craig Weiss and improved their record to 26-17-2 to end the regular season.

3 – Graham Philp: Philp continued his offensive surge and recorded a goal and two assists in this two game stretch. He leads all Canucks’ defencemen in scoring with nine goals and 27 points this season, which is a career high for him.

2 – Nick Stire: The Captain continued to be a steady force, putting up two goals and two assists this past weekend. He finishes the year with 59 points in 40 games.

1 – Tyler Meixner: Meixner has emerged as an offensive force for the Canucks this year with 49 points in 41 games and had a goal and four assist in this two game segment.

The Canucks start their first round playoff match-up against the Raiders this Tuesday at the Civic Centre. 7:30 puck drop. Stay tuned for our first round match-up preview for the full details.