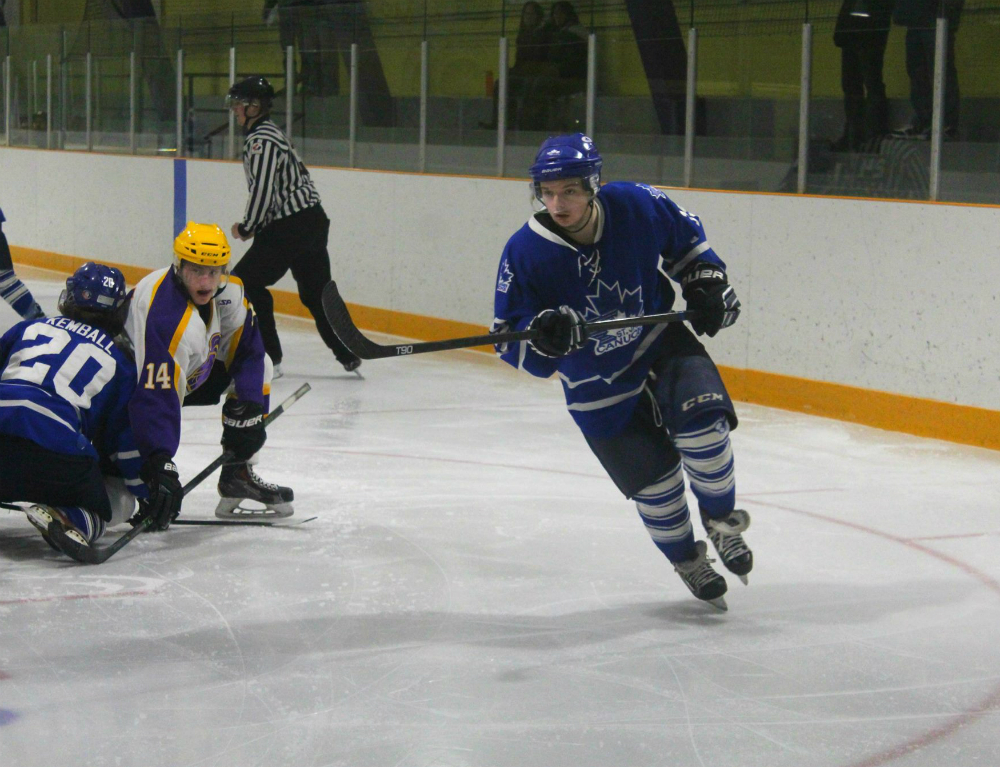 263 days after doctors diagnosed St. James Canucks’ forward Shane Bigourdin with Hodgkin lymphoma, he’ll be back on the ice in game action.

Bigourdin will make his return to the Canucks’ lineup against the River East Royal Knights this Sunday.

“I’m for sure nervous because it’s been a while,” Bigourdin says. “I haven’t played since February so I’m really excited to get back on the ice with the boys again.”

Bigourdin noticed something was off with his health during the 2016-17 Manitoba Major Junior Hockey League season. He felt tired on the ice and ran out of breathe easily, something that wasn’t normal for him.

He went to the doctor for a checkup and after a few weeks, received the unwelcome test results.

“It was pretty scary at the time,” Bigourdin says.  “But seven months later I’m completely cancer free, feeling a lot better and I feel like everything is back to 100 per cent normal.”

Hodgkin lymphoma is cancer of the blood and bone marrow. Treatments for it include radiation, chemotherapy, and in many cases, both.

Bigourdin says players and staff from the Canucks contacted him daily to ask him how he was doing. That – in addition to the support he received from his family, friends and girlfriend – gave him the strength he needed to get through his treatments.

“It was easier to get back into it knowing I had those resources and being able to practice twice a week and work out almost every day,” Bigourdin says. “There were definitely some doubts. I always wanted to play the next week of course because I was excited to get back in, but I knew I wouldn’t be able to because of the contact and because I just wasn’t in full game shape.”

“It was pretty frustrating seeing all my friends play and not being able to be out there with them.”

Bigourdin’s parents, grandparents and his girlfriend will be in the crowd when he hits the ice tomorrow, which is fitting, because that support system was a driving force in getting him back on the ice.

He says he’s excited to join a team on the upswing, as the Canucks come into tomorrow’s action winners of nine of their past 12 games.

“I’m excited to play with some of the new players, the rookies and new vets,” Bigourdin says.  “It’s going to be a different experience this year, coming on halfway through and trying to add to the team, but it’s exciting.”

The Canucks and Royal Knights drop the puck at 2:45 pm on Sunday, Dec. 3 at the St. James Civic Centre.