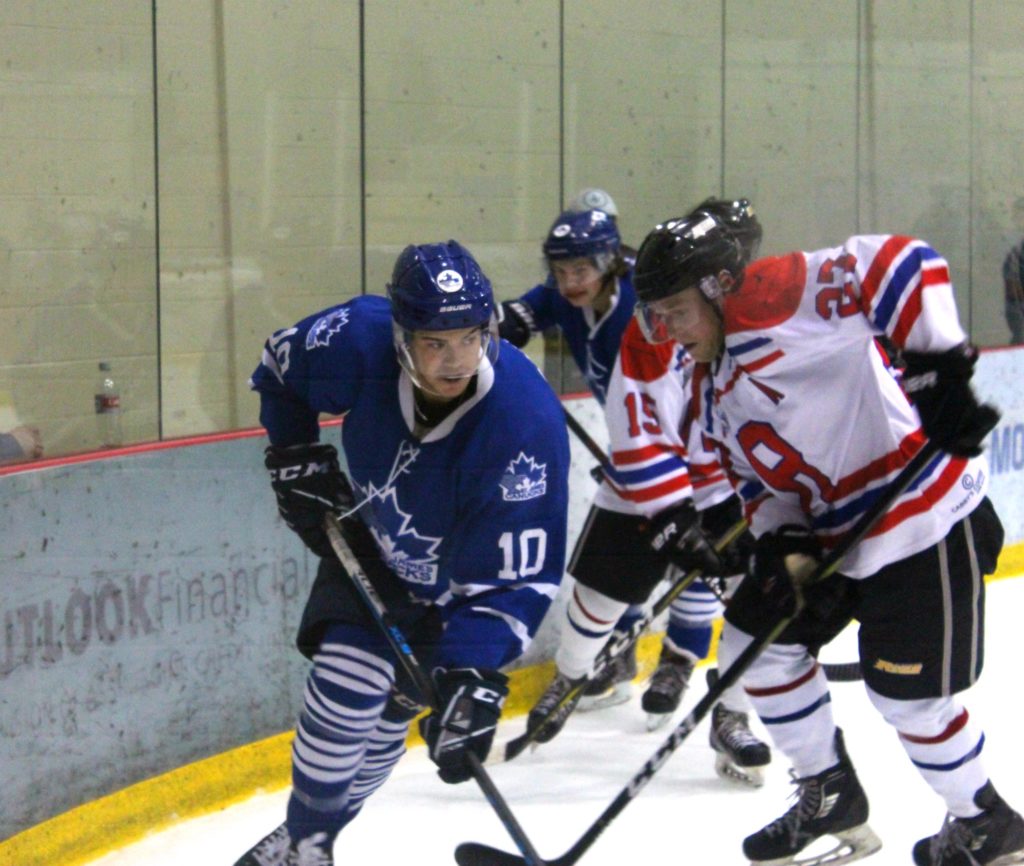 After going 2-1-1 through their first four games, the Canucks looked to find their stride as the month of October continued.

That quest started with a tough luck 3-2 loss to the Pembina Valley Twisters in Morris on Oct. 12.

Despite throwing 42 shots on net, 23 of which came in the third period, the Canucks couldn’t find an equalizer and suffered their second regulation loss of the season. Dylan Reinheimer and Kieran Ursel scored the Canucks’ goals. Wyatt Kemball, Tristan Ezako and Adam Thurlbeck had assists.

Two days later the Canucks would bounce back, scoring seven goals en route to a 7-4 win over the River East Royal Knights. Chris Sass, Craig Wiess and Wyatt Kemball all had three points in the game and the Canucks got at least one point or more from 11 different players.

Tyler Wiess picked up the win in net.

On Friday, Oct. 19, the Canucks went into Century Arena and recorded their second win in a row with a 5-2 decision over the Ft. Garry/Ft. Rouge Twins. Cole Chicoine scored a pair of goals for the Canucks, who got a stellar performance in net from Tyler Wiess, as he stopped 39 shots to earn his second win in a row.

The consecutive wins improved the Canucks’ record to 4-2-1, and they looked to keep that momentum going on Oct. 21 when they hosted the Stonewall Jets.

The Canucks played a sound defensive game and were able to top the Jets 3-1. Kemball, Chicoine and John McCammon had two points each and Tyler Wiess stopped 27 shots for his third straight win.

With a 5-2-1 record, the Canucks continued to climb their way up the standings by shutting out the St. Boniface Riels on Oct. 26. Nathan Cvar got the win in net, stopping all 27 shots directed his way. Tyler Meixner led the way offensively, scoring a hat trick and adding an assist.

The win moves the Canucks record to 6-2-1, which is good enough for 13 points and second place in the Manitoba Major Junior Hockey League standings.

3 – Kieran Ursel: Ursel has found his offensive stride playing on the Canucks top line and had two goals and three assists during this five game stretch. This year he has three goals and six assists in seven games.

2 – The Tendies: During these five games, Tyler Wiess and Nathan Cvar combined for a 4-1-0 record, put up a combined 2.01 goals against average, and recorded a .934 save percentage.

1 – Wyatt Kemball: The captain scored two goals and added six assists during this stretch. In just nine games this season Kemball has 14 points (6G 8A), which is good enough to lead the team.

The Canucks welcome the St. Vital Victorias to the St. James Civic Centre on Sunday, Oct. 28. After that they will visit Transcona on Nov. 2 to start a new month before welcoming the Raiders to the Civic Centre on Nov. 4.