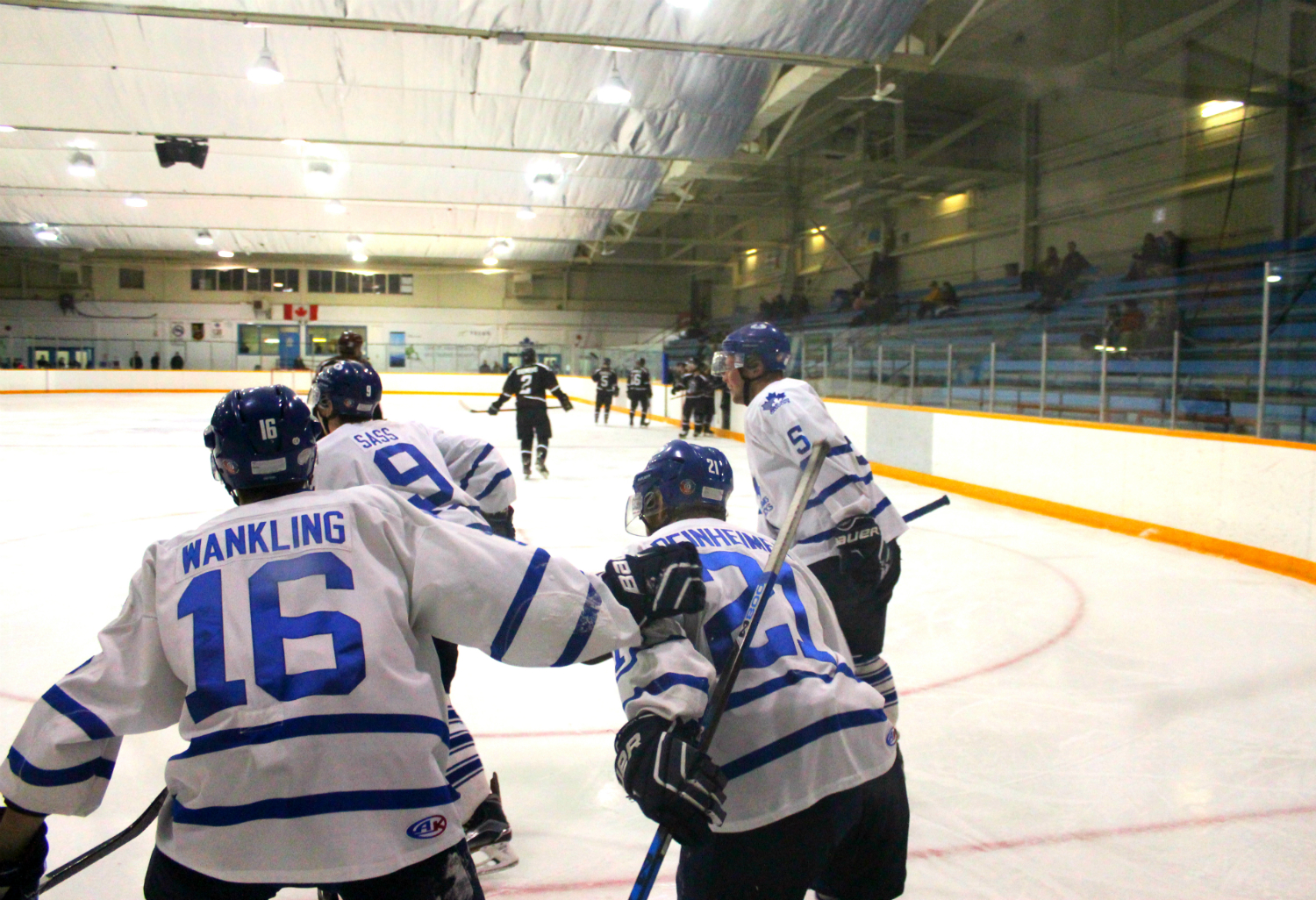 The Canucks got off to a good start in the month of November, with three wins in the first five games.

Both of their losses came in very close one-goal games against two of the top teams in the league.

They had a tough test when looking to keep that momentum going, hosting the second-place Charleswood Hawks at the St. James Civic Centre on Nov. 19.

They passed that test as Adam Thurlbeck netted a pair and Nathan Cvar made 29 saves in a 5-1 Canucks victory.

After a scoreless first period, Kole Stockham got things started for the Canucks at 7:12 of the second with his 5th of the year. After that, the Canucks would strike twice on the power play in just 33 seconds to go up 3-0. Adam Thurlbeck slammed home his 4th of the season at 16:16 and Jeremy Idzikowski – who also had an assist in the period – followed that up with his 4th.

The Hawks got on the board just over six minutes into the third but the Canucks responded when Thurlbeck scored his 5th midway through the period. Meixner would cap off a three-point game with his 7th of the year. Wyatt Kemball had a pair of assists in the third period and Tristan Ezako added an assist as well.

Next up was a Friday night game against the Pembina Valley Twisters.

The top-line led the charge, as Wyatt Kemball, Tyler Meixner and Tristan Ezako all recorded a goal and two assists each, leading the Canucks to a 5-3 win.

After the Canucks surrendered the first goal, Ezako evened things up at 12:01 of the second. About five minutes later, Kemball scored to make it 2-1 Canucks, which is where the game sat after 40 minutes.

Despite giving up the tying goal early in the third, the Canucks didn’t take their foot off the gas pedal, striking three times in just over six minutes to go up 5-2, which ended up being more than enough to secure the victory. Chris Sass, Kole Stockham and Meixner scored in the third. Kemball, Ezako, Idzikowski, Eric Wankling and Kieran Ursel recorded assists.

3 – Tristan Ezako: Ezako had a goal and three assists in these two games and since being acquired from River East, he has four goals and five assists in six games.

2 – Wyatt Kemball: The captain continues to produce offensively, racking up a goal and four assists during this two game segment.

The three players listed above make up the Canucks’ top-line, which has combined for 11 goals and 17 assists in the six games since the Canucks traded for Ezako.

The Canucks won’t play their usual Sunday afternoon game due to the 105th Grey Cup, but will be back in action Tuesday, Nov. 28 at Century Arena against the Ft. Garry/Ft. Rogue Twins. After that they’ll head to St. Vital to play the Victorias on Thursday, Nov. 30.