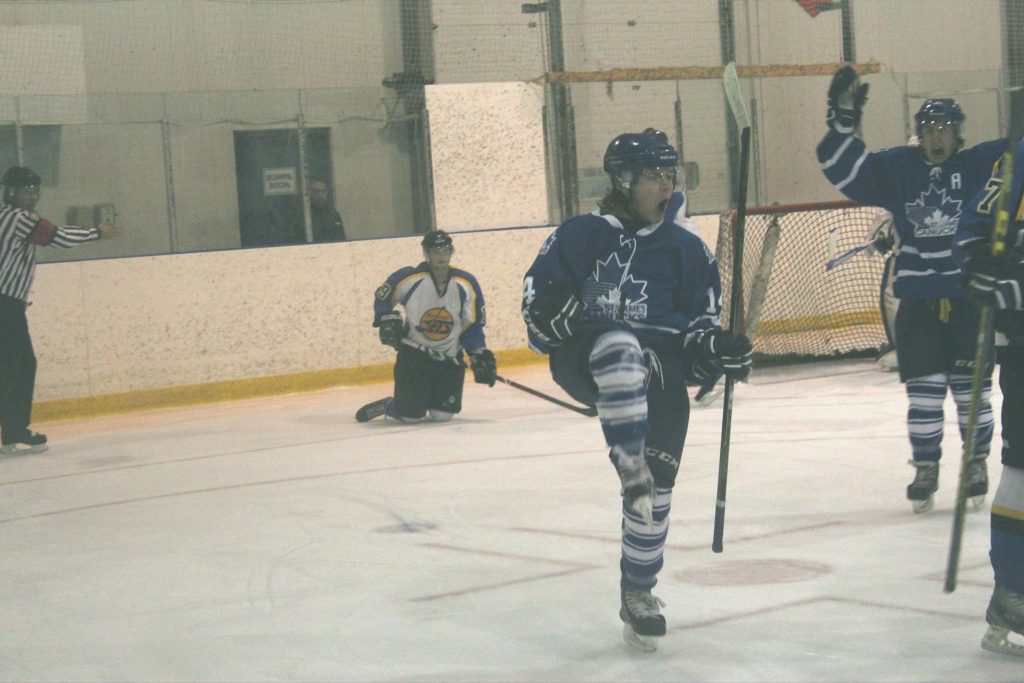 The Canucks have been something of a spoiler to begin the 2016-2017 Manitoba Major Junior Hockey League season, and that’s just fine with them.

The Canucks are off to a 3-0 start after going into three opposition rinks and spoiling three home openers.

It got started on Sunday, Sept. 18 with a 3-1 win over the Transcona Railer Express, where Captain Nick Stire and second year defenceman Jeremy Idzikowski led the way for the Canucks. Both tallied a goal and an assist in the victory.

Jarrett Lynam had the other Canucks goal, and David Friesen chipped in with an assist on Stire’s power play marker.

Goaltender Tyler Weiss allowed one goal on 24 shots in that game for a .960 save percentage.

After beating Transcona, the Canucks hit the highway north, wanting to do the same to the defending champs.

On Friday, Sept. 23, the Canucks faced off against the Stonewall Jets in front of a large crowd in Stonewall.

In a game of highs and lows, the Canucks took a 3-1 lead only to see it evaporate after two quick third period goals by the Jets in under two minutes. After head coach Blair Mooney called a timeout late in regulation, Ashton Fogarty scored what turned out to be the winner to make it 4-3. Stire added an empty-netter to seal the game.

The Canucks were led by Fogarty and leading scorer Mitchell Lockhart. Fogarty had two goals in the game and Lockhart was a huge boost to the offense after missing the first game of the season, chipping in with a goal and three assists for four points against Stonewall.

Justin Mackinnon had a pair of assists in the game as the Canucks were able to fight off the defending champs to improve to 2-0 on the season.

Tyler Weiss was solid in goal once again; stopping 32 of 35 shots for his second straight win.

After that it was time for the Canucks to spoil their arch-rival’s home opener, and they did just that in a game that lived up to the physical expectations of a Canucks game against the Charleswood Hawks.

After a fast-paced and hard hitting scoreless first period, the Canucks potted two quick goals in the second to take a 2-0 lead. Both came off the stick of Ashton Fogarty, who has four goals in his first three games this season.

The Hawks didn’t wait long to tie it up, however, scoring two goals in the final half of the period.

After a scoreless third, the two teams traded chances in overtime before Mitchell Lockhart put home the game winner at 2:41 to help the Canucks improve to 3-0.

The line of Lockhart, Fogarty and Chris Vallance led the way offensively against the Hawks, with each player tallying two points in the game.

That line has combined for 13 points through the first three games of the season.

3 – Ashton Fogarty: Fogarty has four goals through the first three games of the season.

2 – Tyler Weiss: Weiss has been exceptional in net, stopping 82 of the 88 shots he’s faced through the first three games. He has a goals against average of 1.97 and a save percentage of .932.

1 – Mitchell Lockhart: Despite missing the first game, Lockhart scored two goals and added four assists for six points in two games. He’s currently in a five-way tie for the league lead in scoring early in the season, despite having played one less game than the other four players.

This week the Canucks will play their home opener on Friday, Sept. 30 against the Raiders at the St. James Civic Centre. It will be a battle of two of the league’s top teams, with both clubs sitting at 3-0 to start the year. On Sunday, Oct. 2, the Canucks welcome the St. Vital Victorias (1-2) to the Civic Centre.