This year’s Canucks Sportsman dinner took place Thursday, May 26 th at Canad Inns Polo Park. This year, 268 tickets were sold and circulated in what turned out to be a successful evening. Power 97.5 morning man Joe Aiello hosted the evening and the Canucks gave away $1000, along with many prizes such as 50” big screen TV’s, barbeques, NHL jerseys, an iPad and much more. The 50/50 draw went for a record $1200! It was a great opportunity for many people in community to get together, have some laughs, share some stories and support their local junior team. On behalf of the Canucks executive, we would like to thank everyone who came out for their support!

The following scholarships and Cash awards were presented to the following Canuck players: 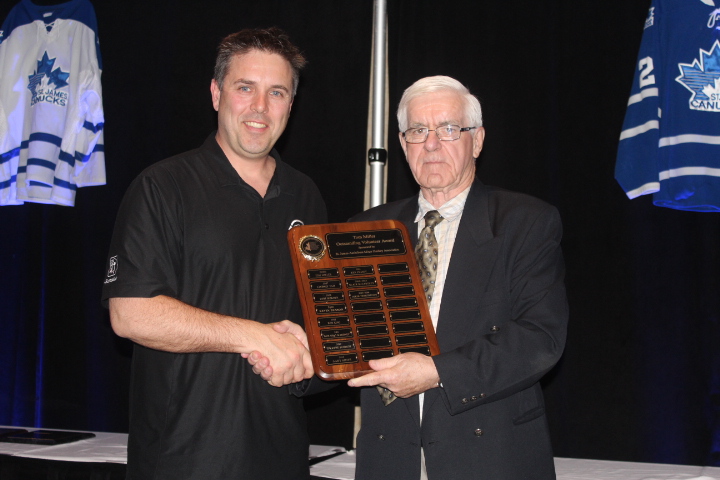 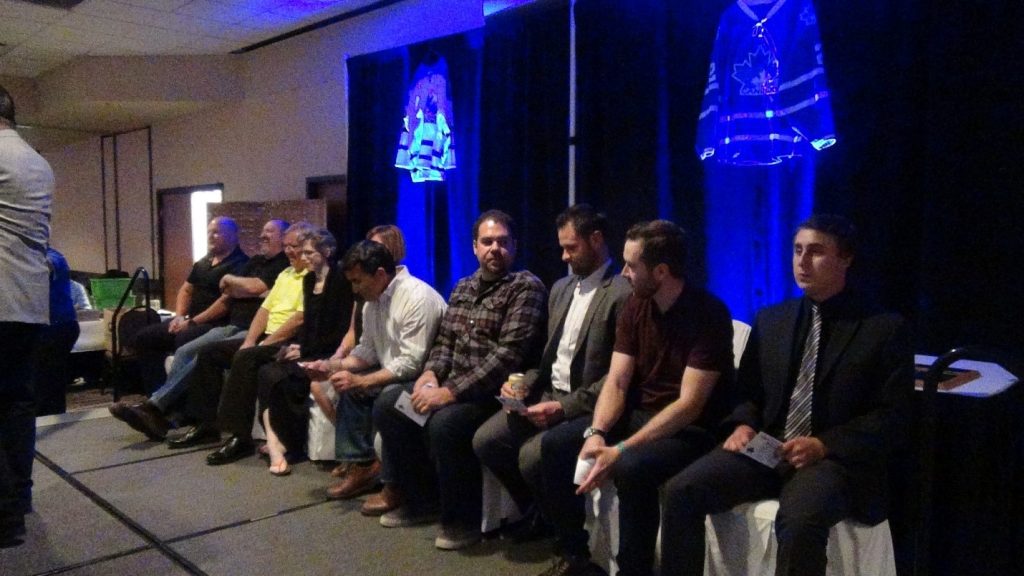 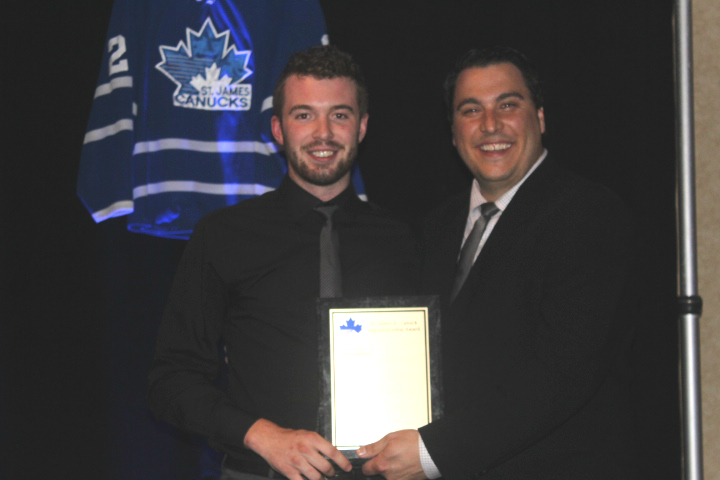 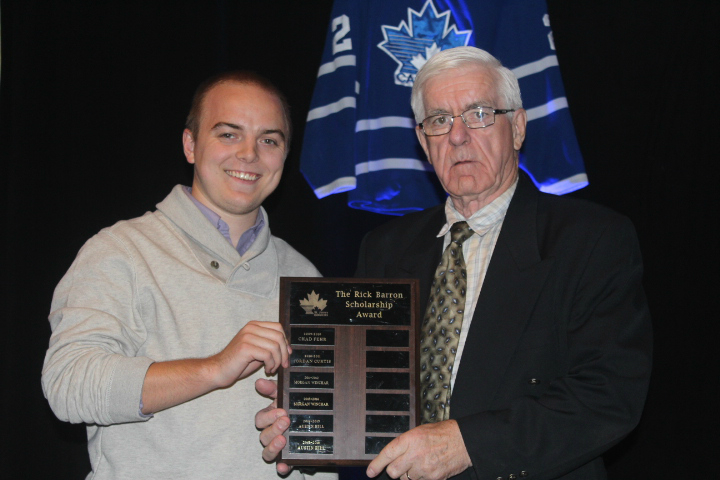 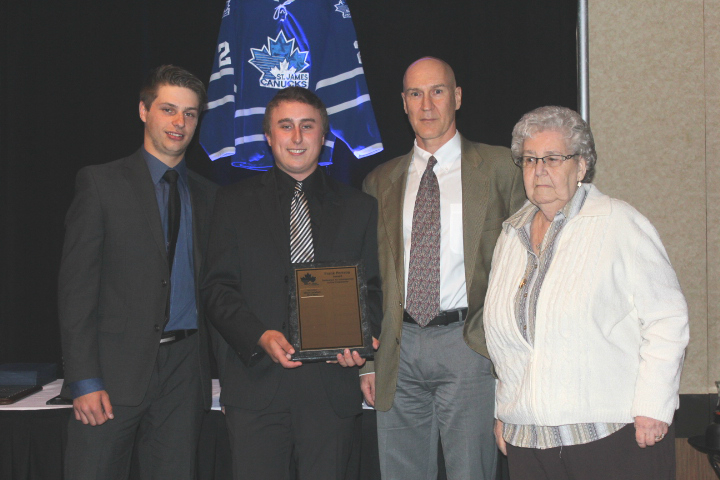