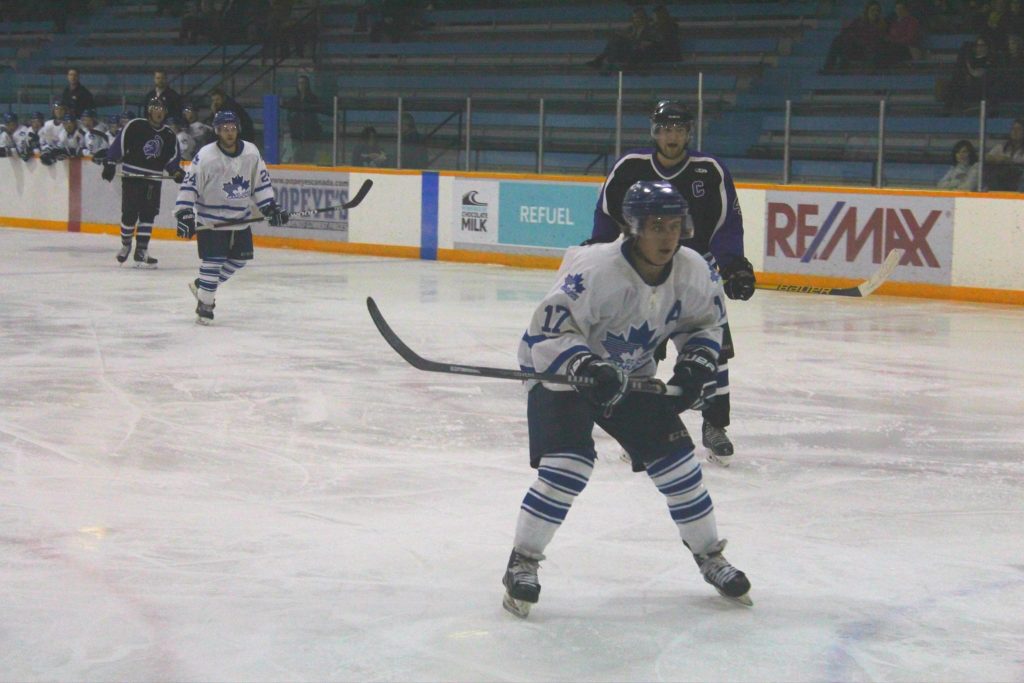 Canucks forward Mitchell Lockhart has been rewarded for his great start to the season.

The 21-year-old winger was named Player of the Month for October by the Manitoba Major Junior Hockey League (MMJHL.)

In the eight games he played in the month, Lockhart had seven goals and three assists for 10 points, including a hat trick in a 5-3 win over the Raiders on Oct. 30.

He’s come up big in clutch situations as well, as three of his nine goals this year have been game winners.

Lockhart is a big reason for the Canucks early season success. He has 19 points (9G 10A) in just 11 games thus far. He’s tied for second in league scoring with Stonewall’s Chase Faulkner, though both have played two less games than St. Vital’s Riley Beauchemin, who leads the league with 20 points.

He’s averaged just over a point per game in his MMJHL career and since joining the Canucks four years ago, he’s been an offensive force, scoring 64 goals and adding 76 assists for 140 points in 139 MMJHL games.

Lockhart will lead the Canucks into Pembina Valley tonight, where they will take on the Twisters at 8:00 pm at the Morris MultiPlex. You can make the drive south to see the game live or listen on MIKE FM.