Sometimes in life things are going so well that you know eventually there will be some sort of road block or hurdle that you have to overcome. The Canucks are going through that this weekend after back to back losses to the Hawks and Jets. The Canucks
were outscored 9-2 in the two games after outscoring opponents 20-4 in the three games prior. Asisstant coach Sean Martin was puzzled when asked about the team’s effort over the weekend. “It’s puzzling when you play so well and then come up with an
effort, especially like the one tonight (Jets game). In the Hawks game we fought back and battled hard and in the Jets game things seemed just to spiral downward until the end.” The Canucks began the game outshooting the Jets 7-1 early in the first
period but since that point the shots ended up 34-23 in favour of the Jets. “Sometimes in a season there are games that you simply move on and forget about”, said team President Justin Steeves. “Last night was just one of those games. It was a stern
reminder to our club that we need to be prepared to play every night or we will get beat, plain and simple.”

The Canucks will have an opportunity to regroup with two practices this week and one game coming up this weekend Friday in Morris against the Pembina Valley Twisters. The team will have to learn to find a way to beat the teams above them in the standings
in order to be successful in the playoffs. The Canucks are currently own a 15-5 record against teams below them in the standings and are 5-10-1 against teams above them.

On a side note, congrats to Graham Philp who earned league honours for the MMJHL Defenseman of the Month for January. Graham had 1 goal, 8 assists for 9 points in 9 games to earn him this prestegious award. 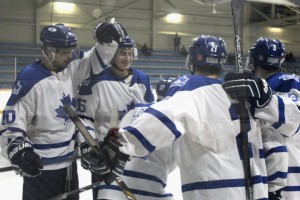 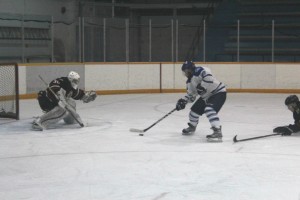 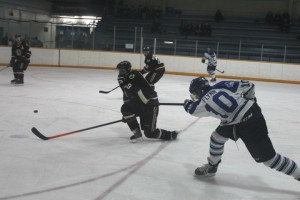 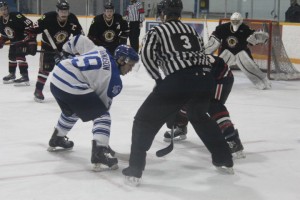