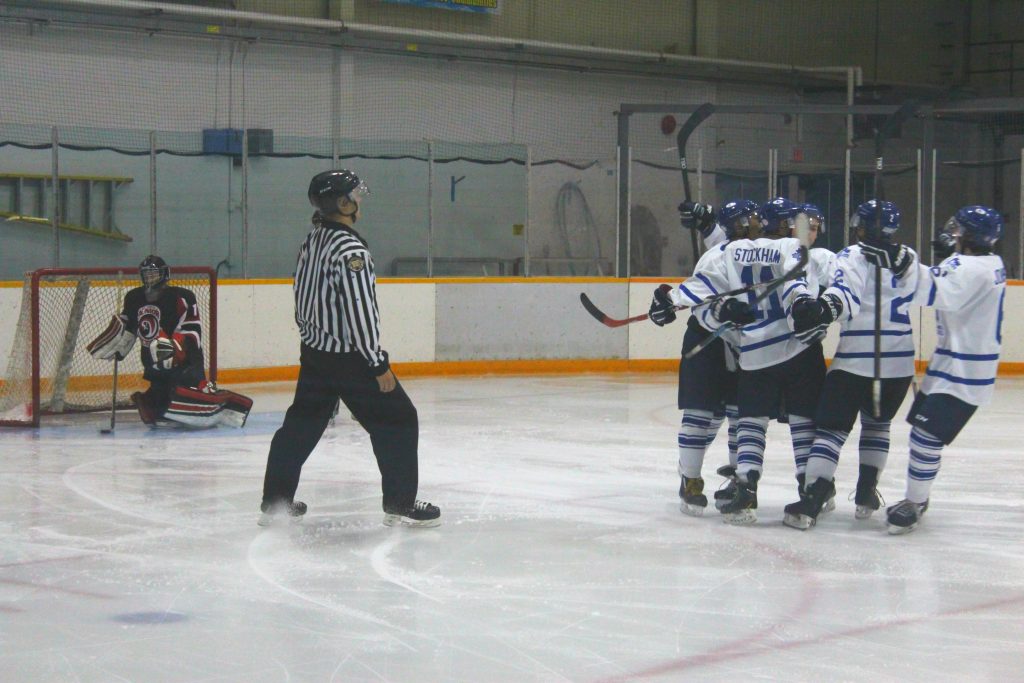 The St. James Canucks started week two of the MMJHL season looking to build in their three consecutive road wins to start the season.

They did just that in their home opener against the Raiders on Friday, Sept. 30.

Both teams came in with 3-0 records and the game lived up to the hype of a battle between two top teams. The Canucks came out on top in a 6-3 slugfest.

The Canucks got things started in the first period with a goal by Tyler Meixner. The Raiders would answer back midway through the period, leaving the score tied at one after 20 minutes.

The Raiders would take the lead on a power play marker at 8:54 of the second period but the Canucks battled back, scoring three unanswered goals in the middle frame to take a 4-2 lead into the locker room.

Meixner scored his second of the game in the second period, and Ashton Fogarty and Chris Sass scored as well. It was Sass’ first goal of his MMJHL career.

In the third period the Canucks had to battle adversity again as the Raiders scored within the first four minutes to pull within one goal. The Canucks responded quickly when Sass potted his second goal of the game to restore the two goal lead.

Nick Stire added a power play marker late in the third to put the finishing touch on a 6-3 win.

The Canucks were lead offensively by Chris Sass and Tyler Meixner, who both had a pair of goals in the game. Mitchell Lockhart had three assists, Devan Lobb had two helpers and Captain Nick Stire chipped in with a goal and an assist.

Tyler Weiss picked up his fourth straight win in net, stopping 31 of 34 shots.

The win meant the Canucks were the only remaining team in the MMJHL who didn’t have a loss on their record.

As the old saying goes, however, all good things must come to an end.

The Canucks followed up Friday’s win with a 6-2 loss to the St. Vital Victorias on Sunday night at the Civic Centre.

Kole Stockham scored both goals in the loss with assists from Shane Bigourdin on both markers. Stephane Nukapiak also had an assist in the loss.

Nathan Cvar made his first start with the Canucks, stopping 22 of 28 shots.

3 – Mitchell Lockhart: Lockhart had three assist in the two games this past week. He now has nine points in four games played.

2 – Tyler Meixner: Meixner scored two goals in the two games this past week.

The Canucks have a tough task ahead as they hit the road to Morris on Friday, Oct. 7 to take on the Pembina Valley Twisters. The Twisters are sitting atop the MMJHL standings with a 4-0-1 record.

The Canucks would like to thank our two flag-bearers this week! Big thanks to Danika Steeves and Jayce Westmacott! If your child wants to hold the flag at a home Canucks game this year, get in touch with us. 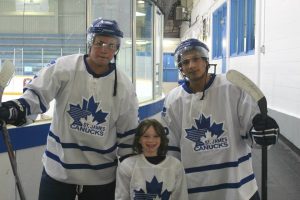 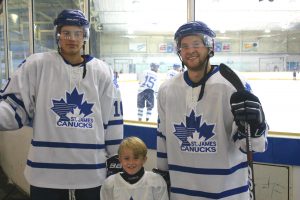