The Canucks headed out on the road this weekend as they travelled to the other end of the city for 2 games. On Friday, they made their way to the Southdale Arena to face the St. Boniface Riels. The Canucks were down 4 forwards mostly to injuries so they called up Shane Bigourdin and Chris Sass from the John Taylor Pipers for both weekend games.

Kurtis Brakel got the start in this one as it has been a while since he played last. It looked like he was itching to get back in the net as he was sharp right from the start. The Canucks came out firing as Mitchell Lockhart scored 6 minutes in to give the Nucks a 1-0 lead. The Riels tied it up and then Kole Stockham scored his first goal as a Nucker to give the team a 2-1 lead heading into the break. In the second the teams traded goals as Mitchell Lockhart scored the eventual game winner on a highlight reel dangle that brought the fans to their feet. In the third the Riels started to push back but Brakel shut the door turning aside 16 shots including 3 or 4 brilliant saves in the last 2 minutes of the game. The Canucks pulled out a huge 2 points in a nail biter.

On Sunday it was off to the East End arena as the Nuckers took on the Railer Express in a Sunday matinee. Mitchell Lockhart wasted no time getting the Nuckers out to the early 1-0 lead as he potted his 9th of the season as he deflected a Nick Stire pass past the netminder. The Nuckers had three 1st period power plays but could not capitalize and the Riels got one back in the 2nd to tie the game at one heading into the third. Then in the third it was the Nick Stire show. Stire’s nickname in high school was “the Rat”. If you ever watch him play he is always the hardest worker on the ice and opponents hate playing against him because of his will and tenacity. Well, on Friday his emotions got the best of him and he was tossed from the game in the 2nd period. But Stire, being the leader that he is made it up to his team with a “natural hat trick” in the third period of Sunday’s contest. Stire scored 3 goals in a 13 minute span not to mention 2 goals 5 seconds apart which must be a record for quickest 2 goals by one player. Brakel was once again spectacular making several exceptional saves that would qualify for “save of the year” candidates. The Canucks win 4-1 and earn a key 4 points on the weekend.

The team really came together this weekend, finding ways to get it done on the road in tight games. Brakel made many timely saves, and the line of Stire, Lockhart and Hill but the team on their backs with some big goals to help lead the team to victory. Hill is now tied for 7th in the league in scoring with 19 points, and Mitch Lockhart is in the top 15 with 17 points. Nick Stire leads the team with 10 goals, already surpassing his total from last season. Another bright spot for the team was the penalty kill. With the team struggling on the Power play, the PK came through big going 5 for 5. The Canucks have no time to enjoy the fruits of their labour as Friday they head out to Stonewall to play a very physical Jets team. On Sunday the “Bridge Series” contiues as the Canucks look to even the season series with the Charleswood Hawks. Sunday’s home game will also mark the first 7 and 8 year old shootout of the year between AW and KW in the 1st intermission. Hope to see everyone out cheering us on! 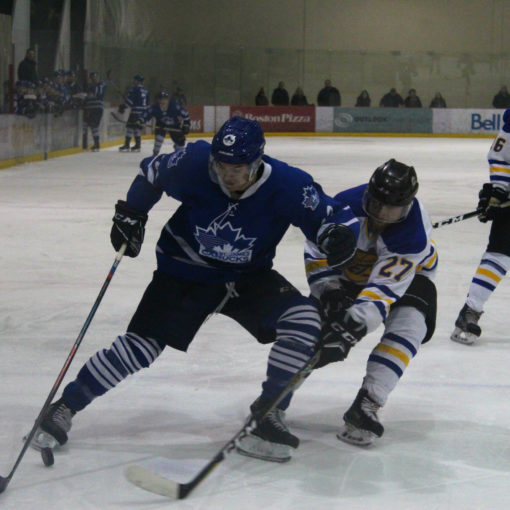 The Canucks’ start to the new year didn’t go as planned after they dropped two of their first three games. They looked […] 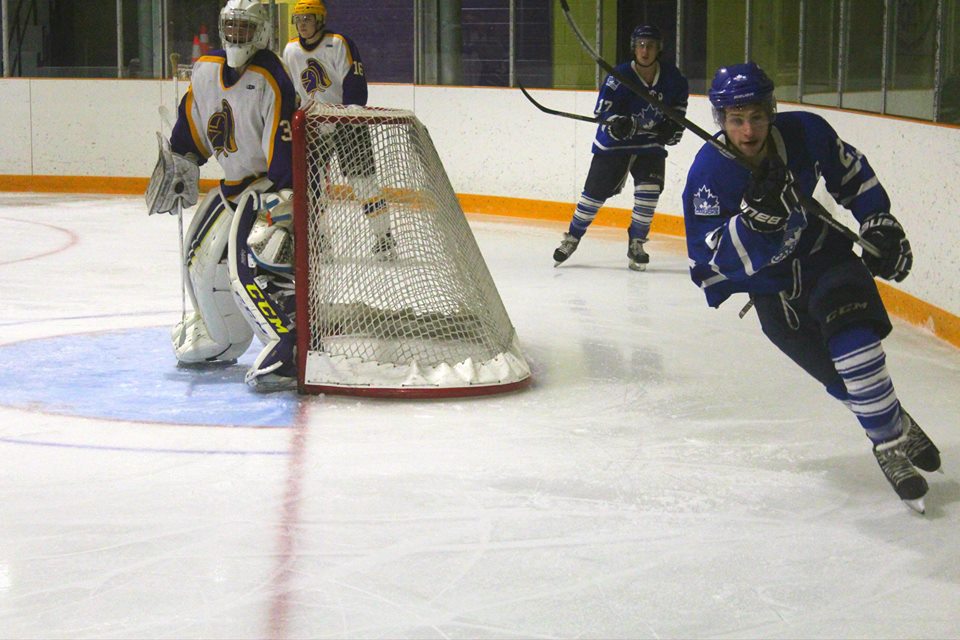 The Canucks started off this four game segment at St. Vital Memorial Arena against the St. Vital Victorias on Thursday, Nov. 10. […]