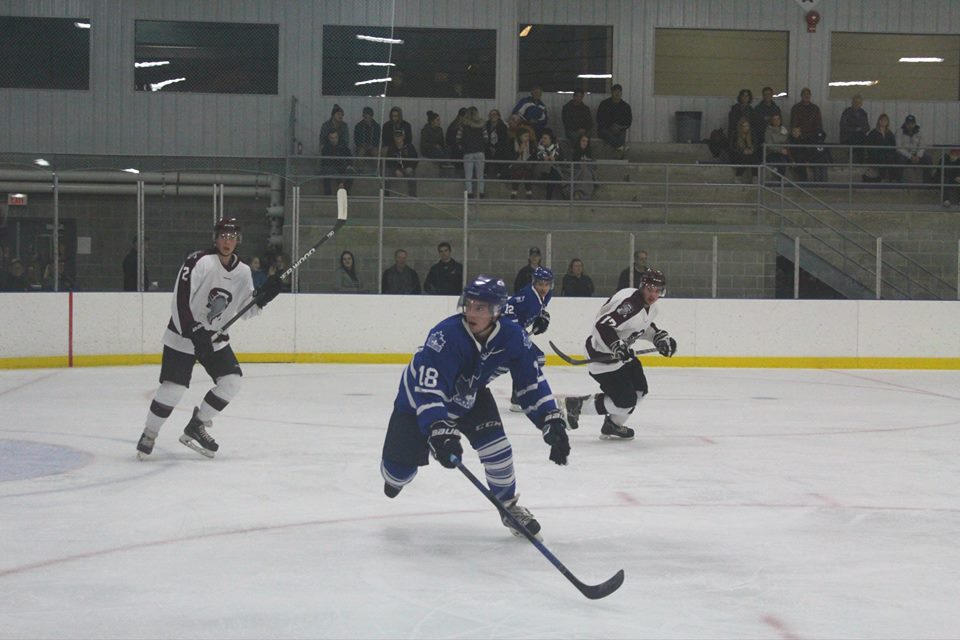 The Canucks went into Morris on Saturday, Nov. 5 riding a two game winning streak but had a slew of injuries, including both of their goaltenders.

Mitchell Lockhart continued his great start to the year, scoring his 10th goal of the season as the Canucks trailed 5-1 after 20 minutes. Jarrett Lynam and Tyler Meixner assisted on the goal.

The Canucks had a lot of chances in the second period but couldn’t convert and the score remained 5-1.

There wasn’t any more scoring until the final frame, when Shane Bigourdon scored his third of the year on the power play. Josh Johnson and Chris Sass had the assists.

It was a quick turnaround for the Canucks as they welcomed the Charleswood Hawks to the Civic Centre on Sunday, Nov. 6.

The Hawks came flying out of the gate, scoring two goals late in the first period despite stellar play from Tyler Weiss, who was coming off injury

Mitchell Lockhart scored the only goal in the second period. Graham Philp and Chris Vallance had the assists on Lockhart’s 11th goal of the year. The Canucks trailed 2-1 after 40 minutes.

Shane Bigourdon would tie the game with an unassisted goal at 2:25 of the third period but Hawks took the lead back midway through the period, going on to win 3-2.

Tyler Weiss took the tough-luck loss in net, stopping 45 of 48 shots he faced.

The loss dropped the Canucks record to 8-5-1. They are 4th place in the MMJHL standings with 17 points.

3 – Mitchell Lockhart: Lockhart continues to drive the Canucks’ offence and scored twice in this two game segment. Lockhart is second in league scoring with 11 goals and 10 assists in 13 games.

2 – Shane Bigourdon: Bigourdon scored twice in this two game set. He has four goals and two assists in 13 games this year.