Ten St. James Canucks players took part in AA Day at the Civic Centre. They spent time interacting with St. James Canadians AA players throughout the day. They helped with selling silent auction tickets and selling 50/50 throughout the day. Twenty-one current Canuck players played at least one year in the AA Canadians program when they were younger and were extremely excited to be able to give back to the program that helped shape them into the players they are today. “It’s cool just to hang out with the young players, ask them how their season is going, give them some advice and even have a few laughs makes the time well spent” said Nick Stire, three year veteran and assistant captain of the Canucks. 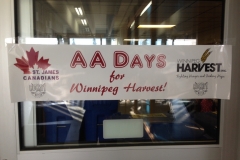 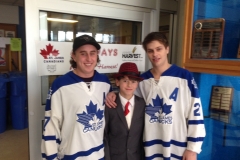 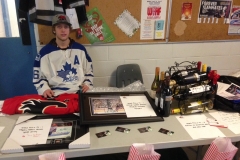 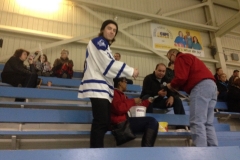