The St. James finished their regular season yesterday with a tough 4-3 overtime loss to the St. Boniface Riels. The team finished sixth place in the standings and will play the Pembina Valley Twisters in the first round of the playoffs. There was much to
celebrate this season for the Canucks. Here are some of the milestones the team set this season:

The Canucks are hoping to make a long run into the playoffs. It has been 8 seasons since they have advanced past the first round. At the conclusion of the playoff run, the Canucks will bid a farewell to 4 graduating players: Tyler Arnason (4 years);
Austin Hill (4 years); Riley Flynn (4 years) and Scott Gallaher (4 years). The team would like to thank them for all their hard work and dedication to the franchise over the years. The Canucks wish all 4 players the best of luck in their future
endeavours and look forward to seeing them in future Canucks games/events.

Once a Canuck, always a Canuck! #Nuckerpride
• 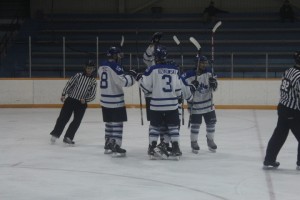 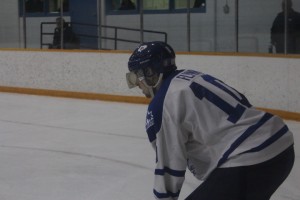 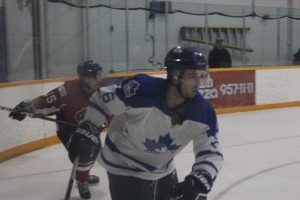